So this race started like any other race – with the mandatory kit lay down. 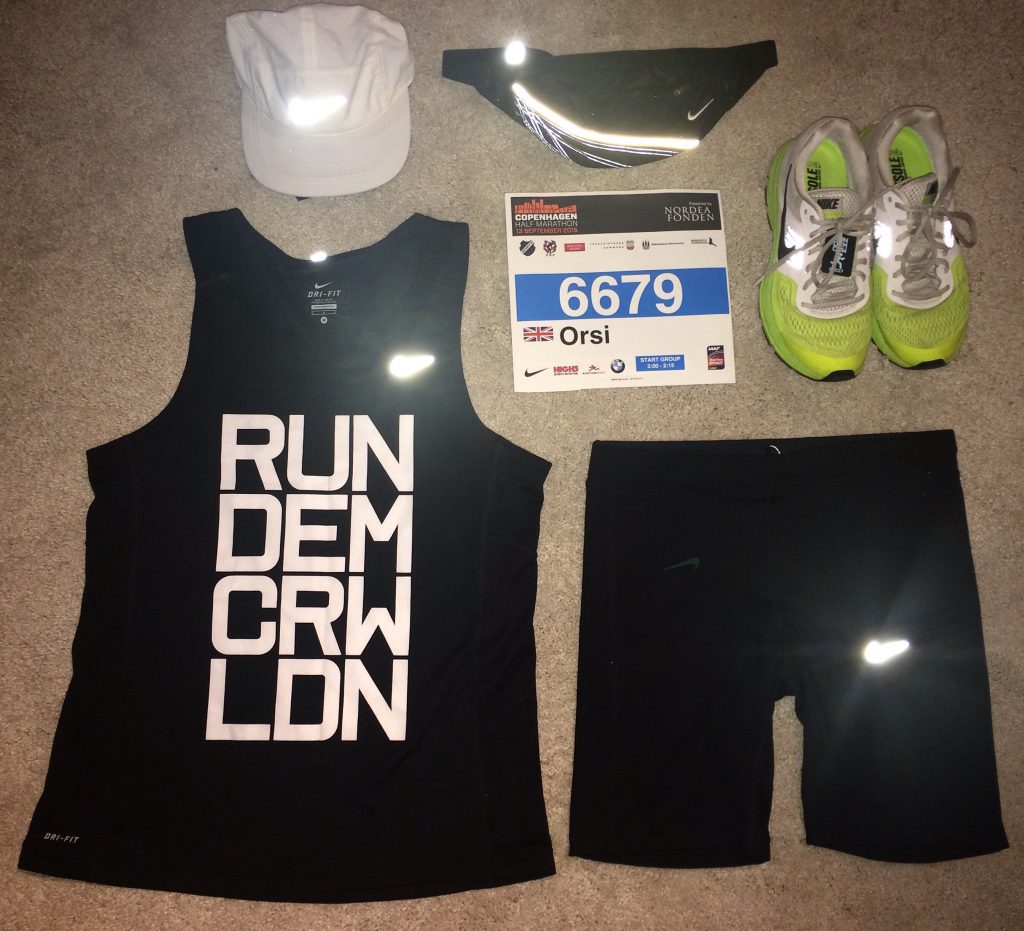 As per usual by this point, Copenhagen greeted me and Cata with heavy rain. Not to mention the fact that everything went wrong for Cata, from choosing the wrong underwear to forgetting her headphones.

But we weren’t gonna let all that be against us and we set out to make the best that we could out of the race.

Cata was struggling a bit but I felt around the 10K mark that I might have it in me to do a sub-2 despite not having properly trained for it. So I set off with the best intentions to at least try to get a PB if nothing else. 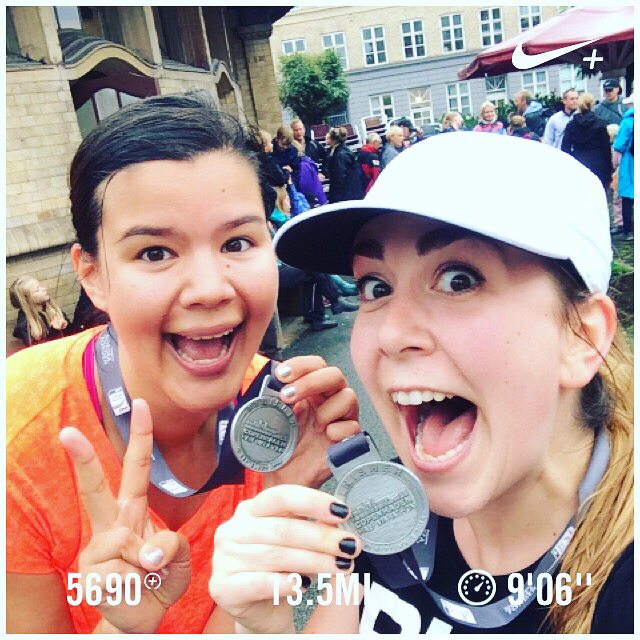 And it worked! Despite everything being against us we both ran our best half marathon times to date and I got a PB of 2h 02m! We were totally overjoyed! 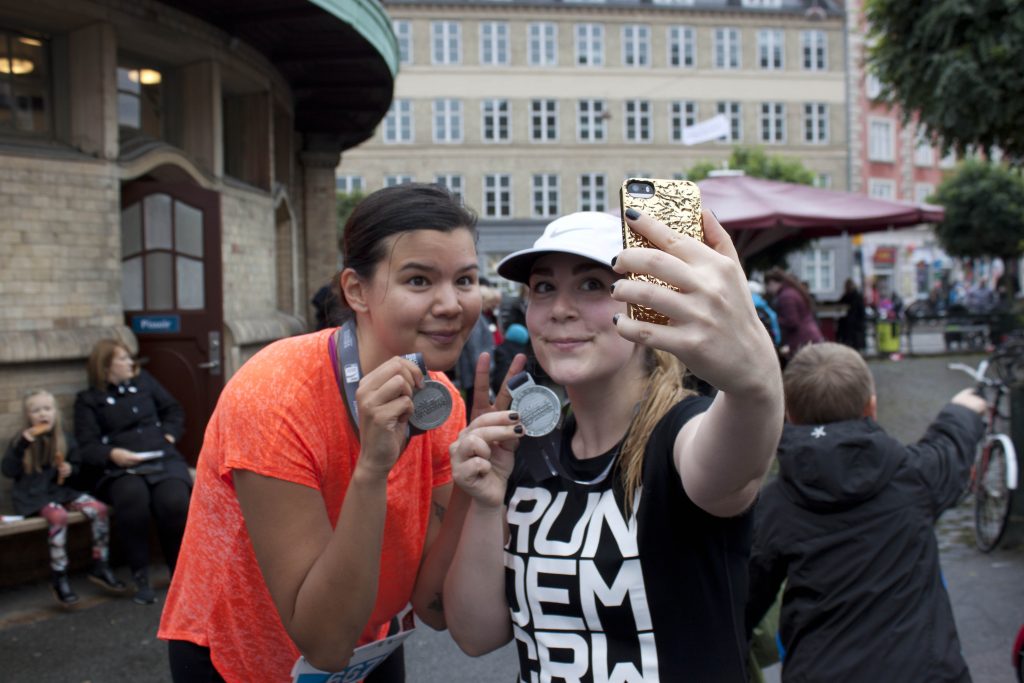 We decided to treat ourselves to some post-race beers on the train and man, I dont think a beer has ever tasted that good! 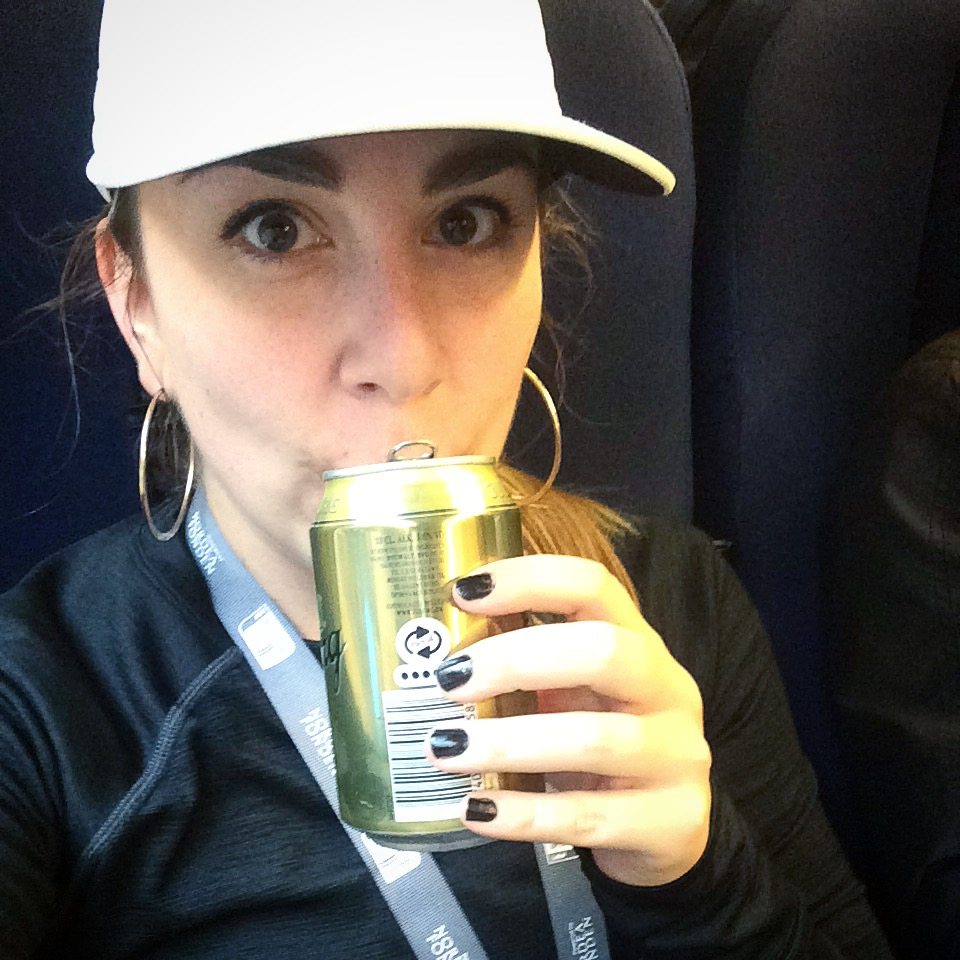