Training for this marathon and then running it was a totally different experience from my first attempt in Copenhagen.

Back in 2014 it was me and Cata tackling this huge challenge together, whilst this time around I was all on my own, both in training and on race day. 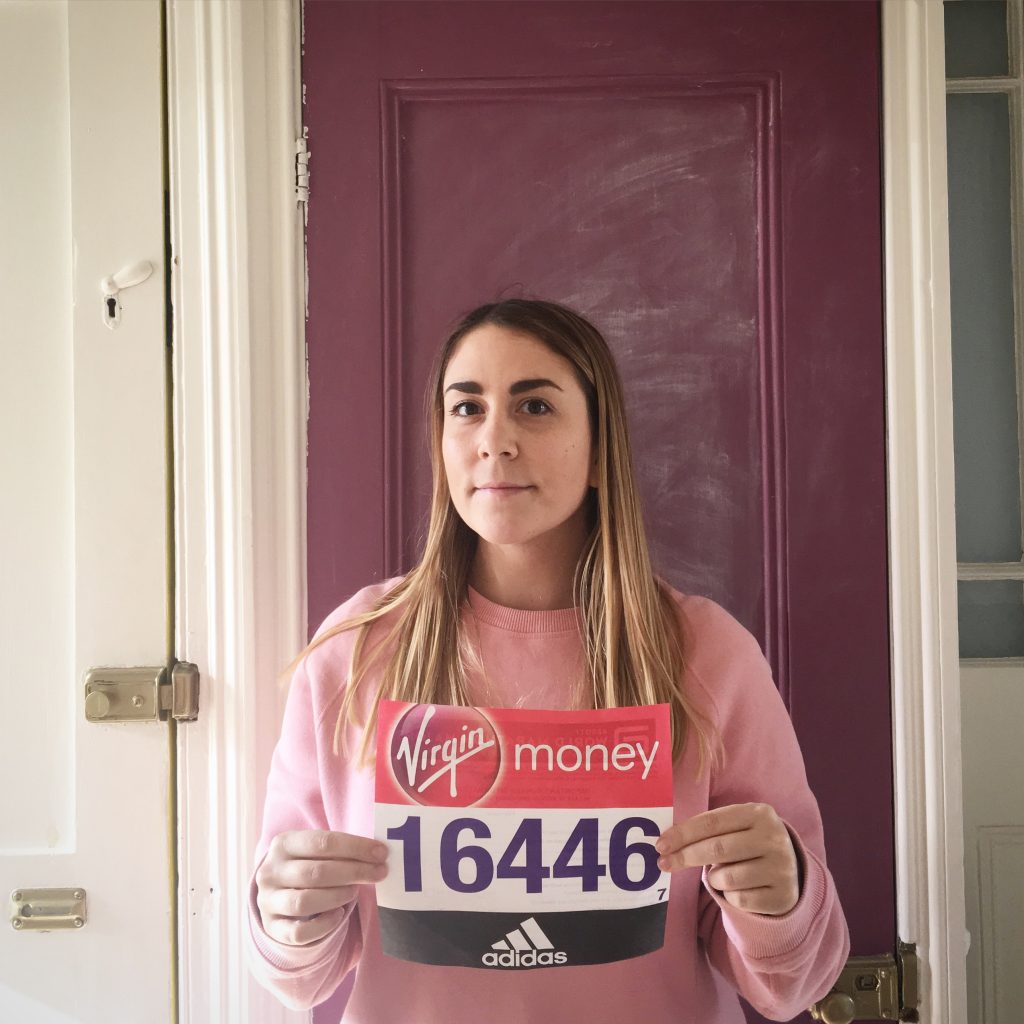 Not gonna lie, the end of 2015 was a bit of a low point in my life… But I somehow got through it and one of the things that helped was running. 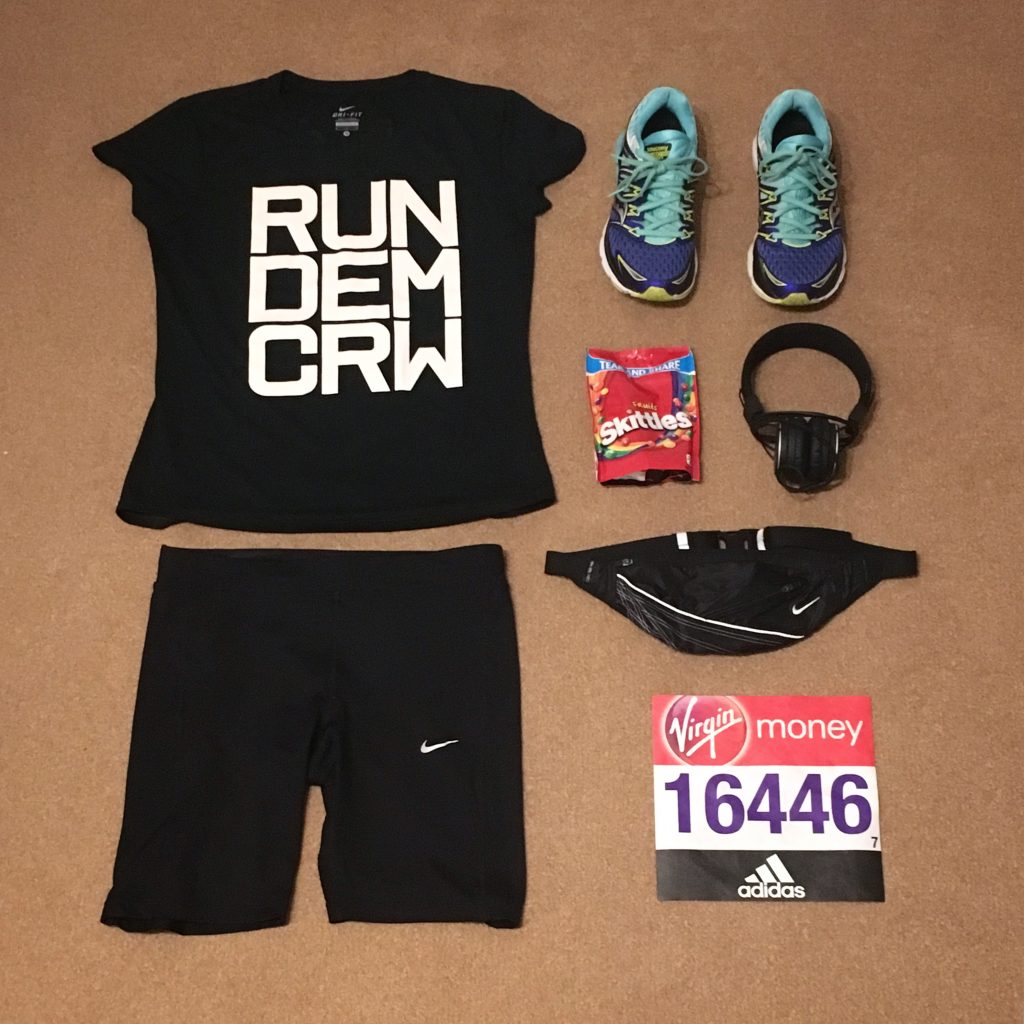 The nerves were on top the night before the race. It looked like the weather would be constantly changing and my biggest worry was overheating, which would result in disaster.

It ended up being a sunny day but with some clouds and wet patches (thank god!). I was a big mix of emotions before the race (just look at my anxious smile haha) but I was determined to soak up the moment and enjoy it as much as possible. 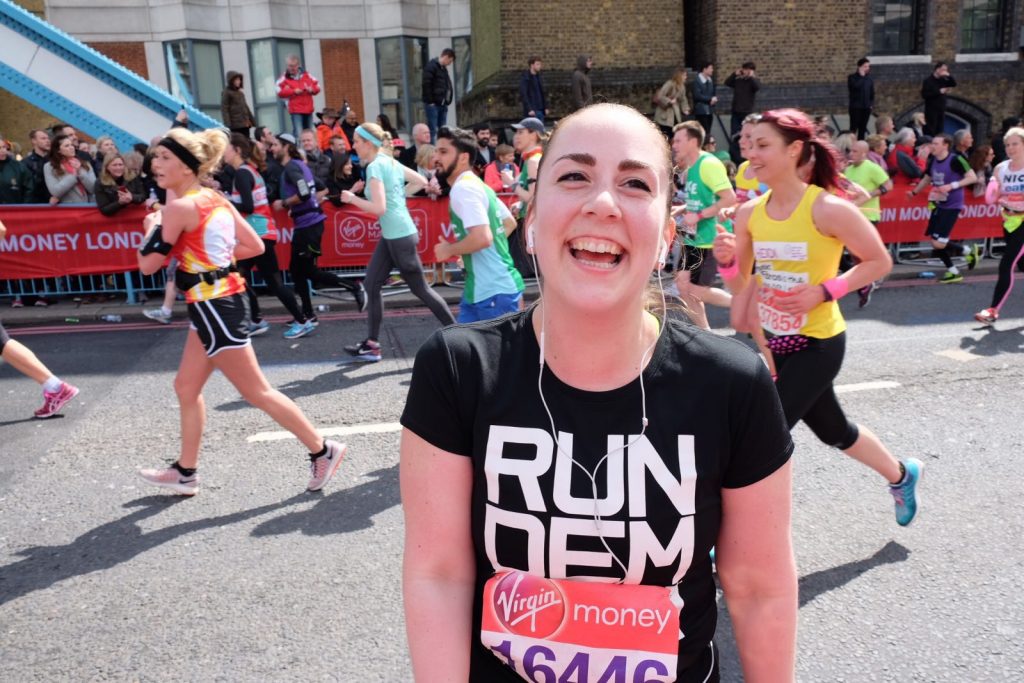 Here I am on Tower Bridge , just before the half way point, beaming like a ray of sunshine. I spotted my friends way before they spotted me and I couldn’t help but to burst out in laughter seeing their surprised faces when they finally clocked me standing in front of them (yes my friends are the best!). 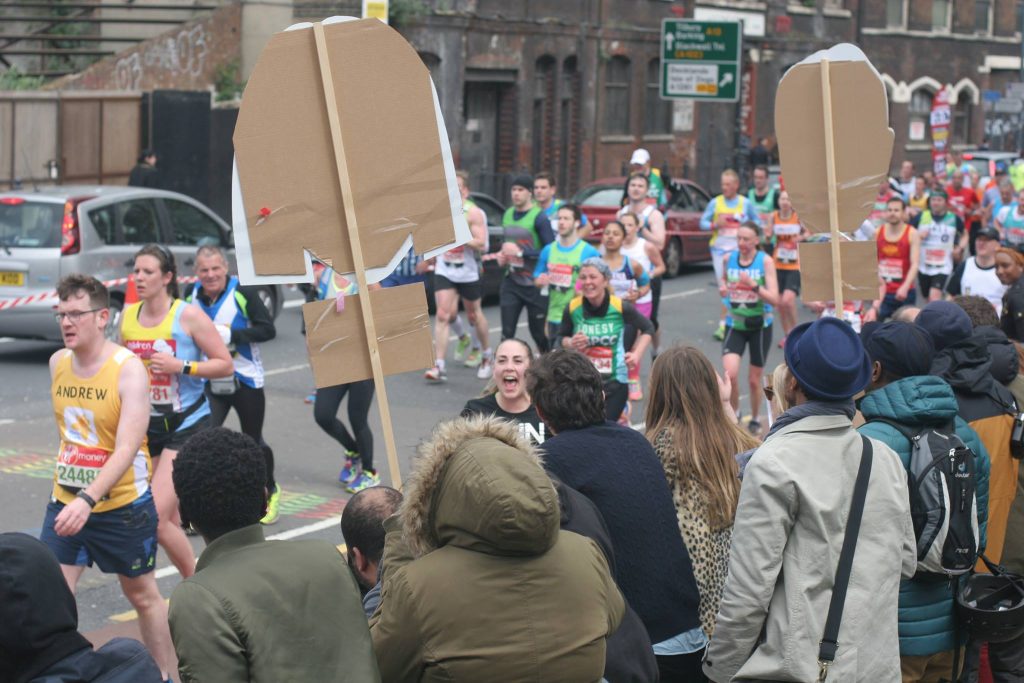 After seeing them on the bridge I only had one goal in mind and that was to make it to mile 21. The thought of seeing RDC and running through that (now) iconic Cheer Dem Crew spot was the only thing that kept me going for the next 8 miles. And WOW what a feeling, one of those moments I’ll treasure for the rest of my life! 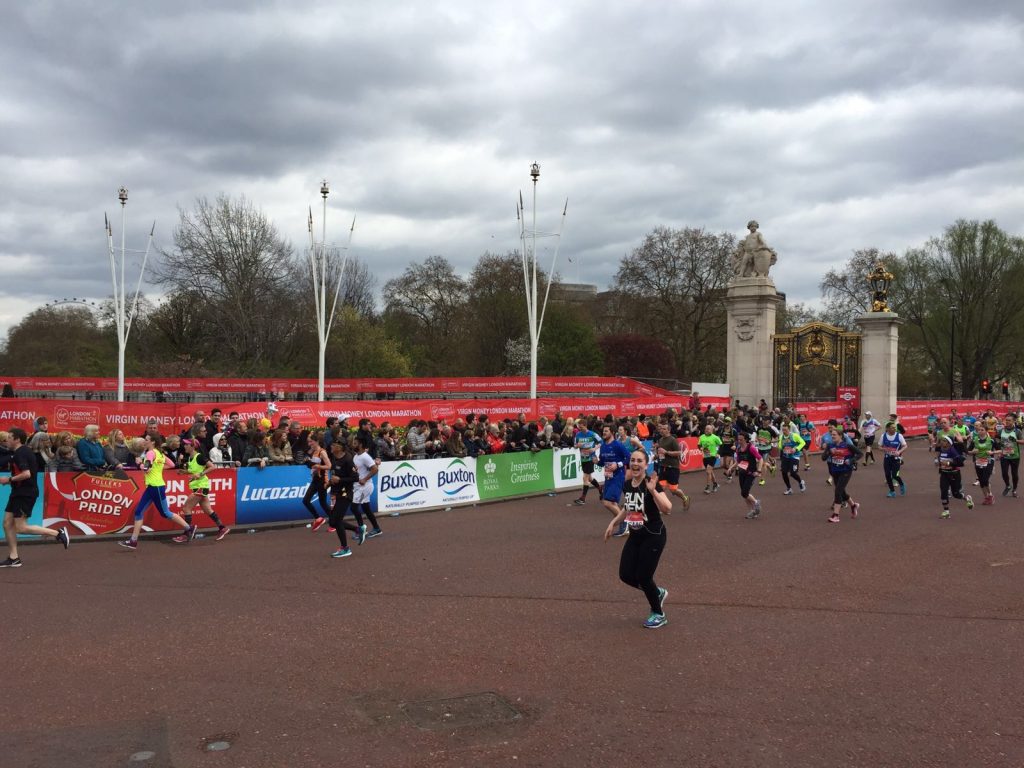 The rest of the race was HARD. I was getting more and more tired in my legs, the sun was burning my face, but I knew that I couldn’t give up so I kept on smiling and I kept on running.

Even though my toilet break had lead me to believe that my sub 4:30h dream was over, once I realised I might still have a chance I gave it everything I had left! 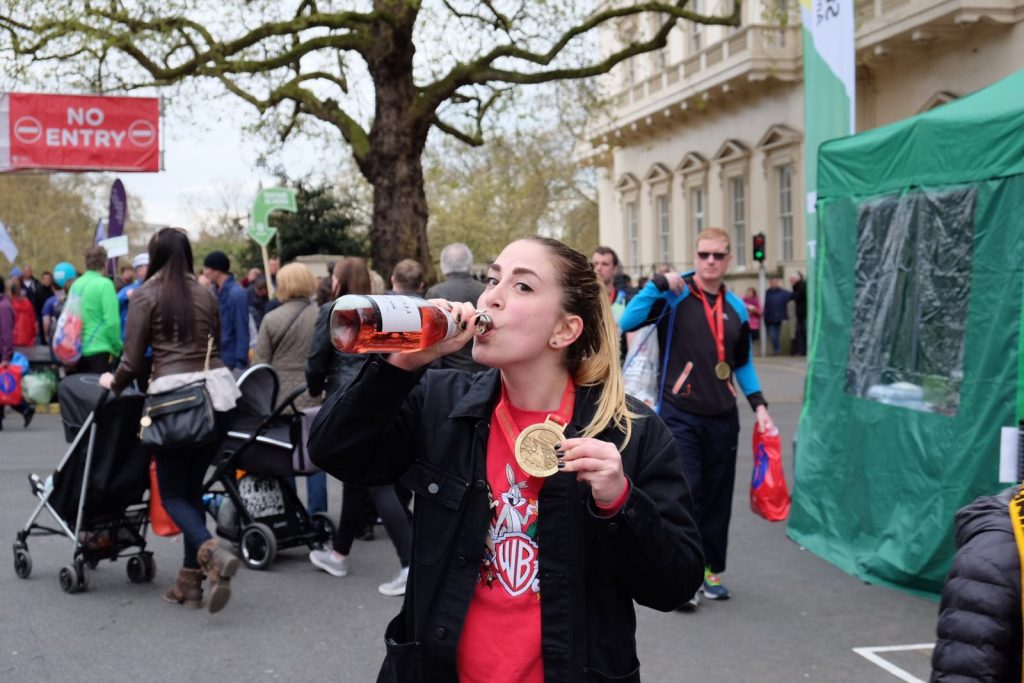 And it worked!!! Despite the toilet break, quite a few hug-a-friend stops, a few I’ve-had-enough stops, and a slightly slower 3 final miles, I completed the London Marathon in 4 hours and 27 minutes! 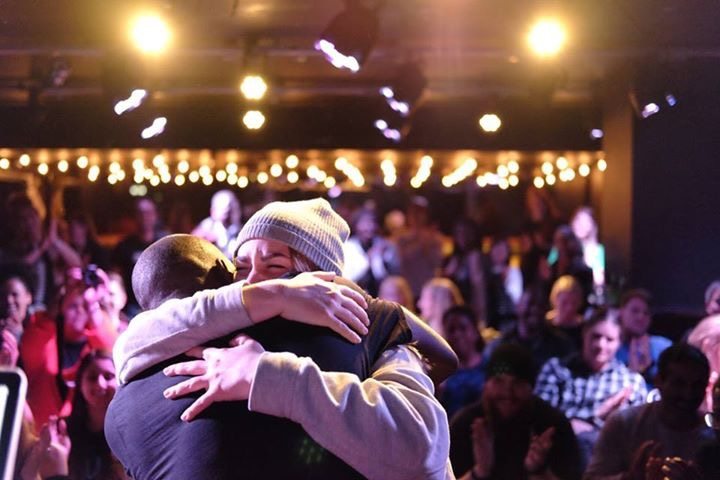