It has taken me a while to write this race report because there are so many elements to this race and journey that I want to share with you.

I will try to cover as much as I can in as little words as possible, but I can’t make any promises…

It’s safe to say that this race was the worst run of my life, but the proudest race I’ve ever completed. 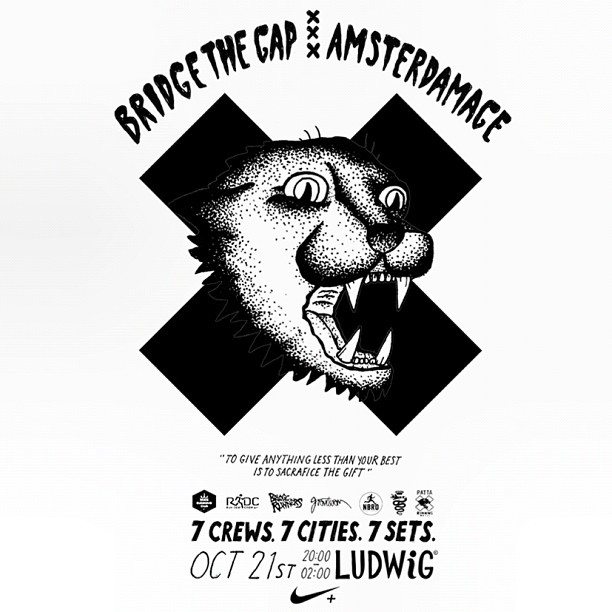 As you might have guessed, the majority of my running crew, Run Dem Crew, had travelled there to race as it marked the 3rd instalment of our Bridge The Gap series. This basically meant that we had 7 worldwide Nike running crews present at the race and all activities surrounding the race. 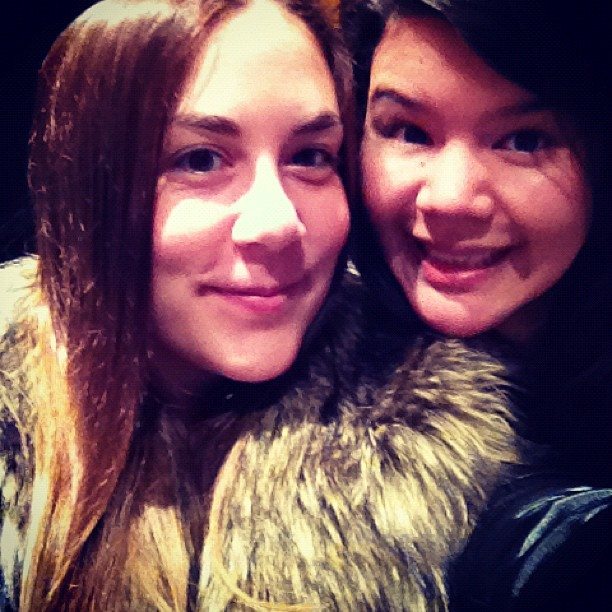 However, I didn’t travel there with RDC this time around. Instead, I went with my best friend Catariya, who I had inspired to start running by completing the Berlin Half, and some of her friends that she had talked into signing up to the race as a result of my achievements.  It was their first ever half marathon, and just like me the first time around, they were all pretty nervous about being able to complete it.

This basically meant I had 2 goals with this race:

2. Get my 4 girls across the finish line plus making sure my uni friend Stephen made it through the race ok as well (as I was the one who got him running & to sign up to the race) 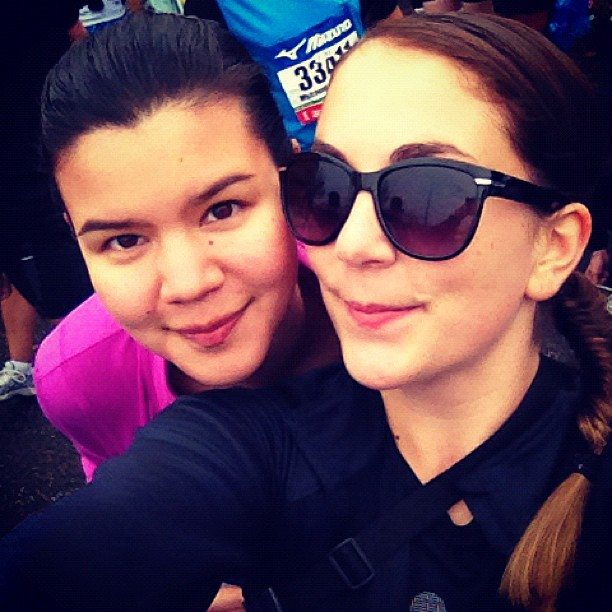 I started with Catariya in a slower pen than what I had signed up for since I didn’t want to leave her on her own.

Due to too many people and not enough space, the race began a bit slowly but I managed to catch up with my planned “PB pace” and I was basically flying ahead, feeling confident, excited and strong.

5KM passed and I was feeling good.

10KM passed and I was feeling great.

I was running faster and stronger, my confidence was high and I could feel a PB coming which was a great motivation to stay focused.

Then it all went wrong…

Around 12-13KM I suffered from a weird asthma/allergy reaction (I don’t have asthma!) where basically my throat decided to close up completely.

Keeping the mantra of going hard or going home in my head, I tried to soldier on having all sorts of conversations with myself in my head, until I finally gave myself a mental slap and realised I realistically only had two choices:

1. Continue to run without really being able to breath and most likely pass out within the next 500 metres

2. STOP, get help and/or try to start breathing on my own and hope that I can complete the race 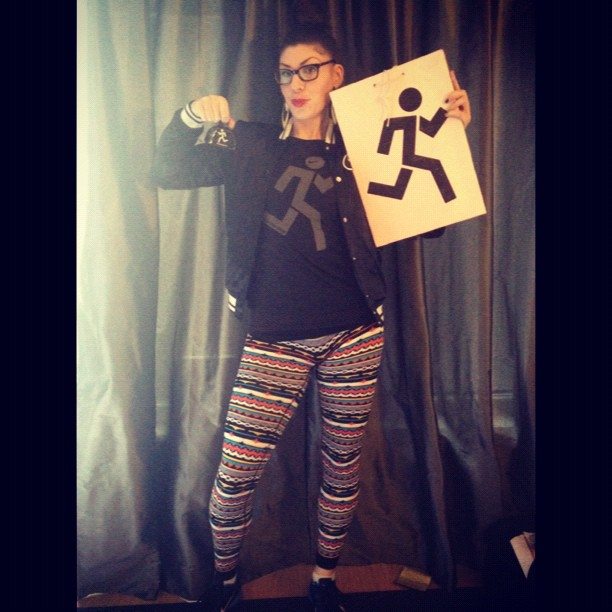 Envisioning Bangs in my head telling me not to let a stupid PB potentially be the end of me and my running career, I decided to stop.

I was really struggling to get any air at this point, but I was determined NOT to panic as I knew from experience that freaking out only makes matters worse.

I put my hands on my head with my back straight and  I slowly started walking, focusing on trying to get my throat to open up and to start breathing normally again.

I knew that Bangs would be standing somewhere along the route, so once I could breath a little bit better, all my focus went on getting to Bangs. If I got to Bangs I knew I would be ok.

To say that I was absolutely crushed to see my PB slip away with every footstep I took is an understatement.

I don’t know how to describe the feeling of when your legs are not tired, you are mentally ready and feel like you’re on top of the world and can do anything, and then having something like this happen to you  that is beyond your control.

It is very frustrating and totally heartbreaking when you know you have invested so much time and effort into achieving something, for it to be taken away from you so abruptly without your control or any warning signs.

(To go off topic a tiny bit) 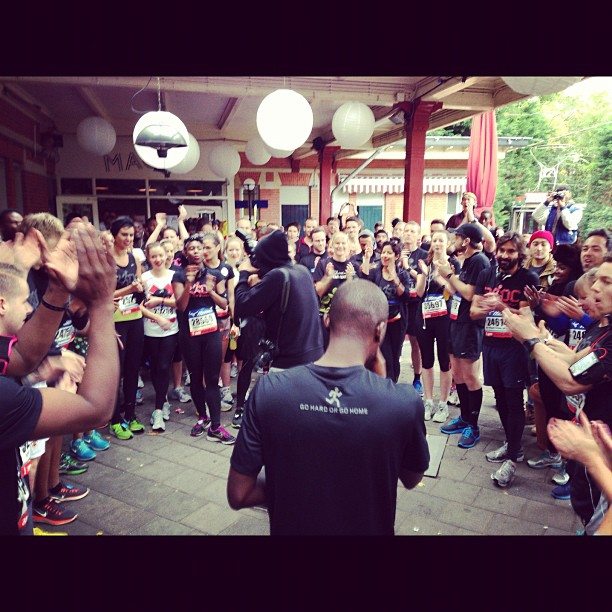 Just like in life, it is easy to feel very lonely at a race, especially when something like this happens, and even more so if it’s in a place/city where you don’t know anybody.

EVERY SINGLE RUN DEM CREW MEMBER THAT PASSED ME AS I WAS WALKING TO FINISH THIS RACE STOPPED TO MAKE SURE I WAS OK. 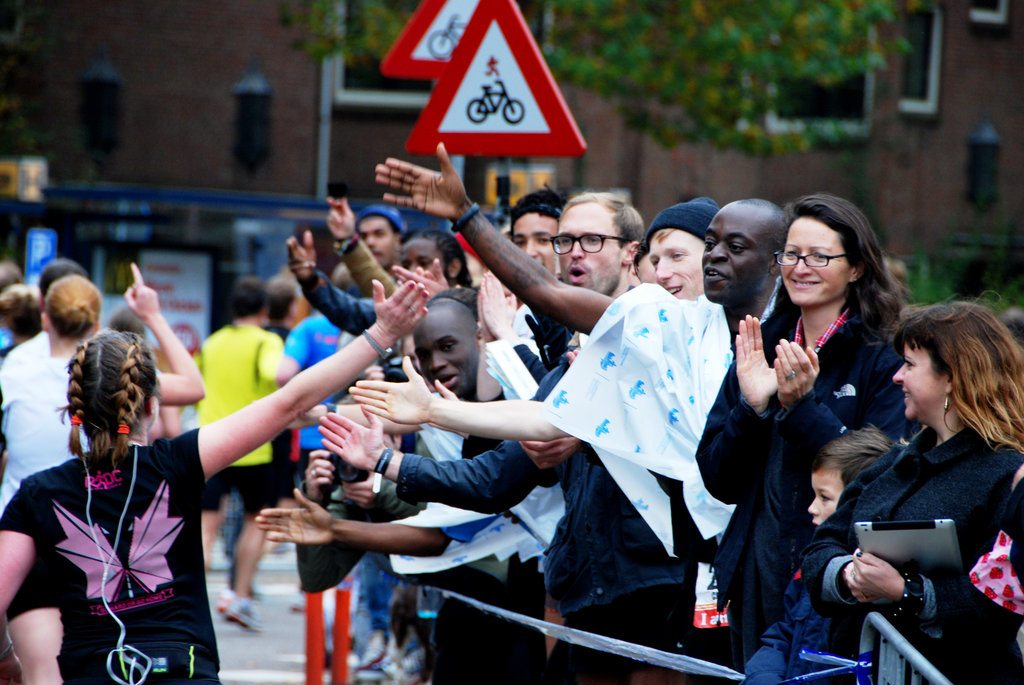 Words can’t express how reassuring and safe it felt to have such incredible and supporting running friends such as Lyndia Phoenix, Ghostpoet, Laura, Myha and others who either stopped to help me, patted me on the back to see if I was OK or needed help, or people like Ed who actually decided to walk the rest of the race with me.

Not to mention the massive mental and emotional help of knowing that Bangs was there along the route, as well as cheer dem crew before the finish line.

There has been many times in my life where I have felt completely alone.

It is very easy for people on the outside to look at your life and think that it must be amazing because you do this, that and the other, when in reality nobody ever calls or emails you to see how you are, how you are getting along and if you want to meet up.

But if anything, this horrible run really did highlight the fact that I am never alone, not on the road and not in life. 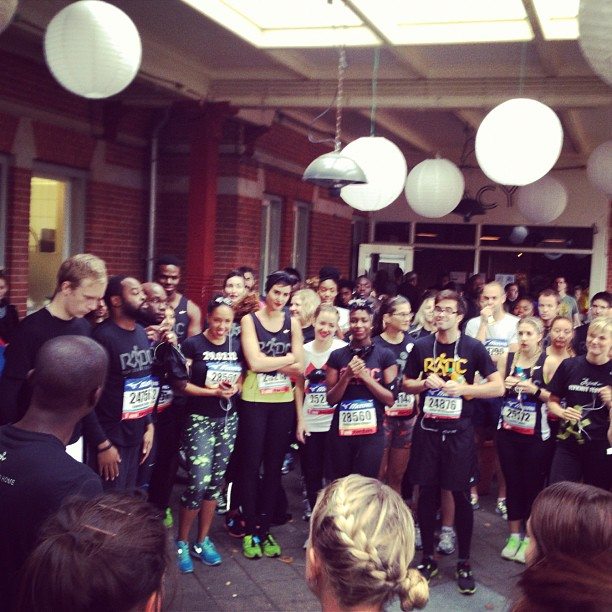 There is always at least one Run Dem Crew person looking out for me and that is a very reassuring feeling to have.

I tried my best to complete the race running but it didn’t work as my throat kept closing up every time I attempted to run.

So I walked and jogged the rest of the race, determined to finish it and get my medal no matter what. 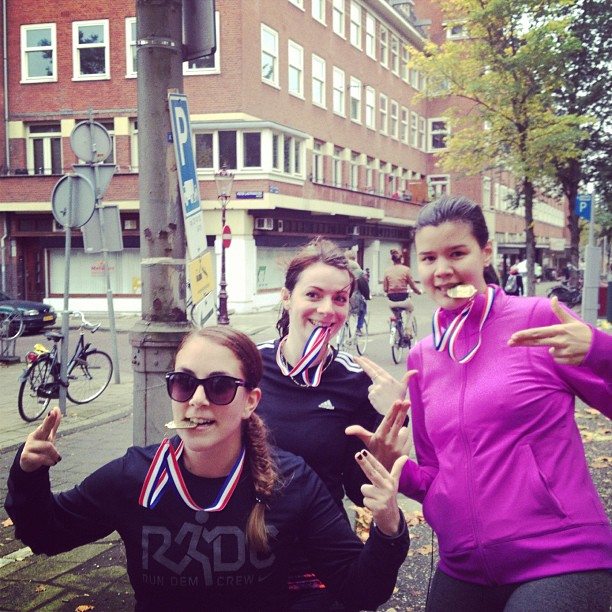 So why was it the proudest race of my life?

Because all my girls, including my best friend Catariya, completed the race, and so did my uni friend Stephen.

To see Cata with that medal and hearing how cheer dem crew helped her get across the finish line is probably one of the proudest moments of my life. You can read her full story on her blog, but all I can say is that I love her with every little bit of my heart and I am so glad that I have been able to inspire her to start this fantastic journey that I know will change her life for the better, forever. 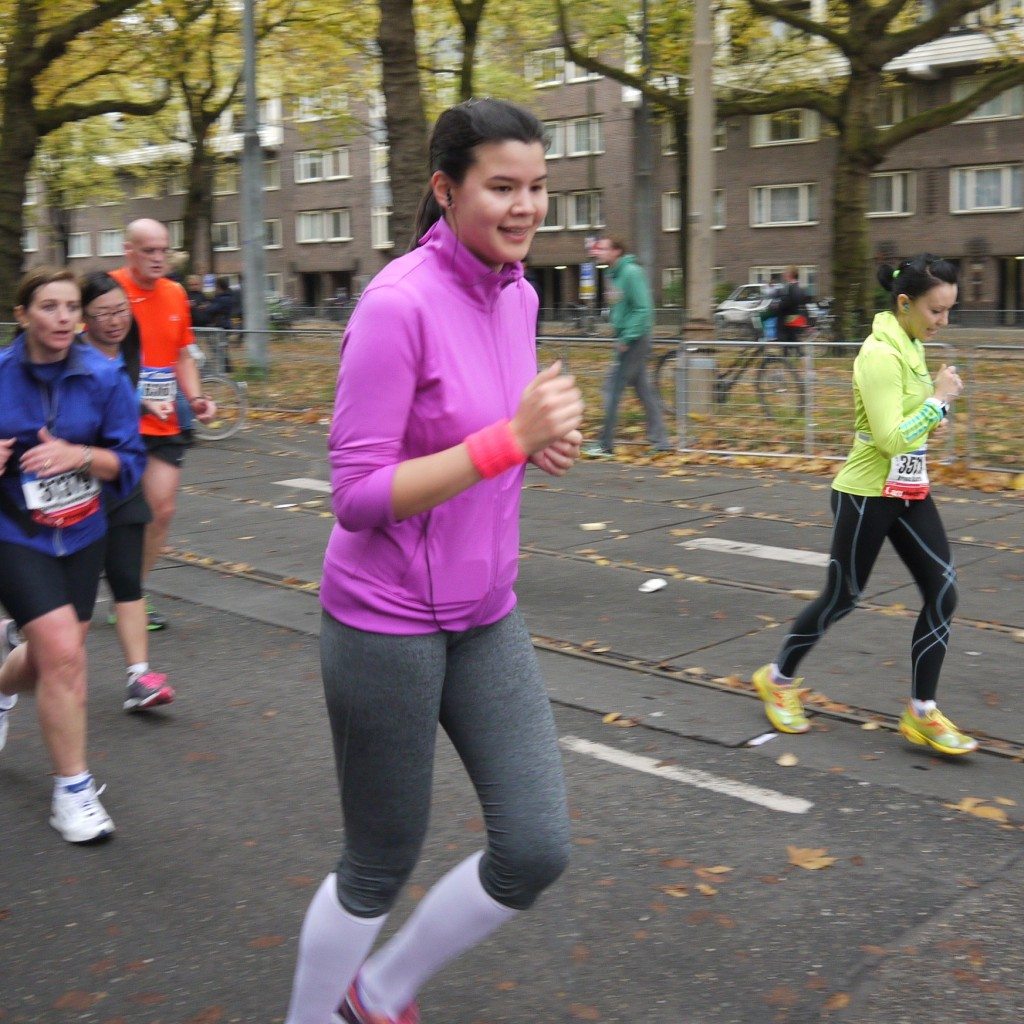 To make me even prouder, she has signed up to run the Paris Half Marathon with me and Run Dem Crew. Friends that run together, stay together – mark my words!

And if that wasn’t enough, I am also very excited to announce that my incredible, inspiring, amazing, strong, beautiful and fantastic mother have signed up to run the Paris Half Marathon too. I am overjoyed and so proud to see her be so brave and embark on this challenging journey.

If I can do it, and if Catariya can do it, so can my mum and so can YOU!

[DISCLAIMER: Some pictures in this post have been borrowed from all around the web. If you recognise yours and want a credit, please let me know!]