It seems that week 12 of my marathon training was a very mixed bag of good and bad moments. Having ended the previous week with two very shitty runs – I wasn’t feeling very optimistic about anything this week. 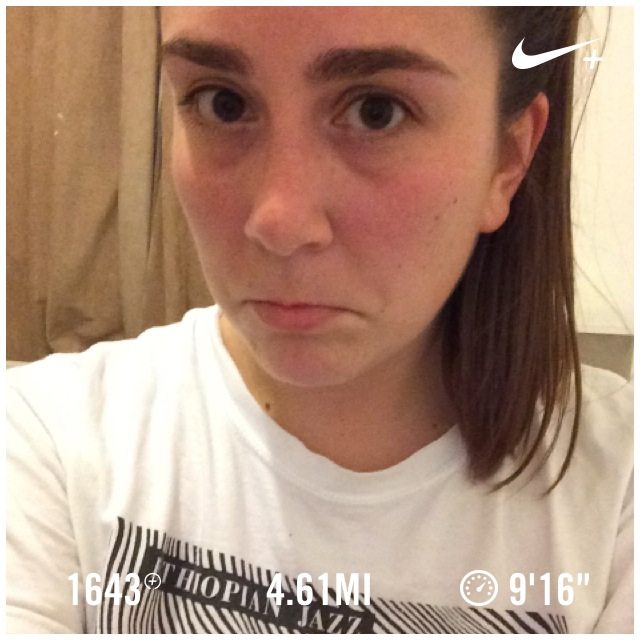 Because my Sunday long run had been cut short, I felt much more energetic on Tuesday and the initial goal was to run 8 miles again. Despite a strong start and my legs feeling great, I kept having issues of slightly throwing up/”heavy burping” from around 2 miles onwards.

I had the same issue on my Sunday run but that was because I ran too soon after eating. This time I had done research the day before my run  about what to eat when before a run, and I didnt really eat anything to warrant any of those reactions, so VERY disorienting and quite disappointing to be honest!

I decided to try to push through it and maybe do 5 miles instead of the initial 8, but just before 4 miles I got the craziest twisting stomach pains – so bad in fact that I had to scream from the pain at one point, very odd! Managed to push through until 4.6 miles in, and then I took the train home pretty deflated and disappointed. 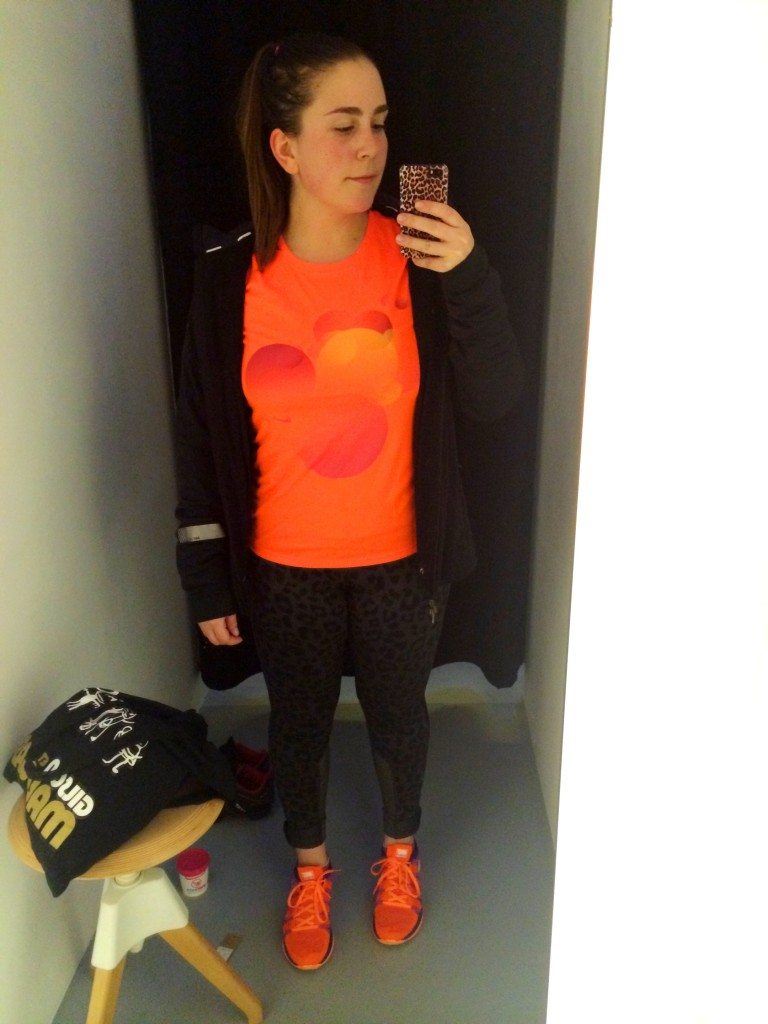 The thought of yet ANOTHER bad run was really putting me off running this race all together, so when I got an email from Nike asking me if I wanted to do a spinning class at BOOM cycle as part of the We Own The Night training, I jumped at the chance! I’ve never been into cycling or spinning really, but I love some of the classes they have at BOOM (like the hip hop one!!) so this was a great way of doing something different but still keeping active.

Not sure if 45 min of spinning counts as doing a 4 mile run, BUT I did sweat so much I snorted my own sweat a few times, so it did really work my cardio and gave at least my mind a welcomed break from running! (my legs felt pretty shaky if im honest!) 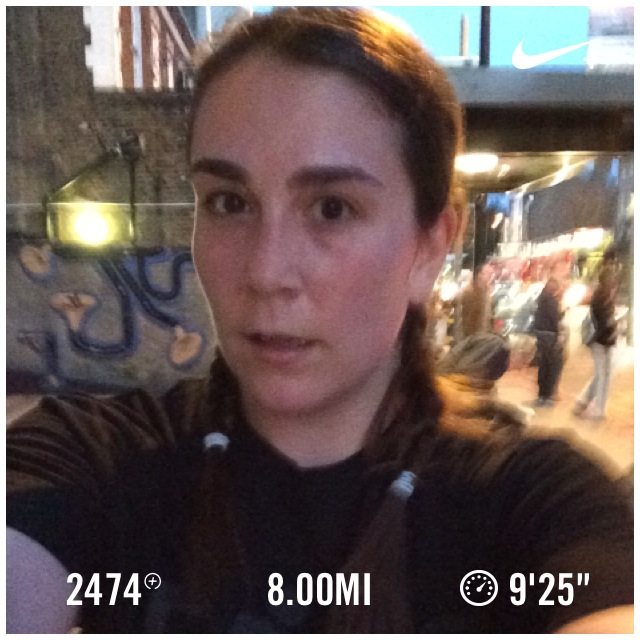 Friday I was back running and managed to do a pretty speedy 8 miler. I am not sure why, but for some reason my legs and mind want to keep a 9:15min/mile pace, which is way too fast for me at the moment!

As a result, I had to stop every 2 miles and force myself to run slower. Not the easiest thing, but now isnt the time to try to gain speed!! I want to be able to keep a consistent and comfortable pace for a very long time and without Cata I just get too eager! But I’m working on it and overall it wasn’t such a bad run! 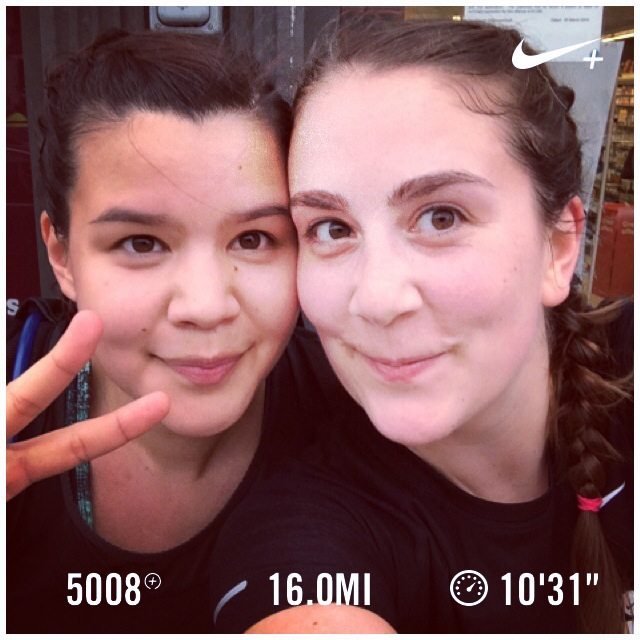 For Sunday my training plan said 12 miles, but since I missed out on a run this week and only did half of my 16 miles the weekend before, me and Cata decided to try to run 16 miles instead.

The weather was perfect! Cloudy but warm and breezy with a hint of rain. I tried out another pair of Nike shorts I had bought plus a new running bag and I have to say I was super happy with both!

As for the run, apart from needing a wee for about 8-10 miles of the 16, it was pretty bearable until we got to around 13-14 miles. After that my knees – or actually the thin bone exactly under my knees – started hurting so much it felt like somebody has taken a hammer and smashed them up. I was struggling with the pain, but as always, having Cata there helped. 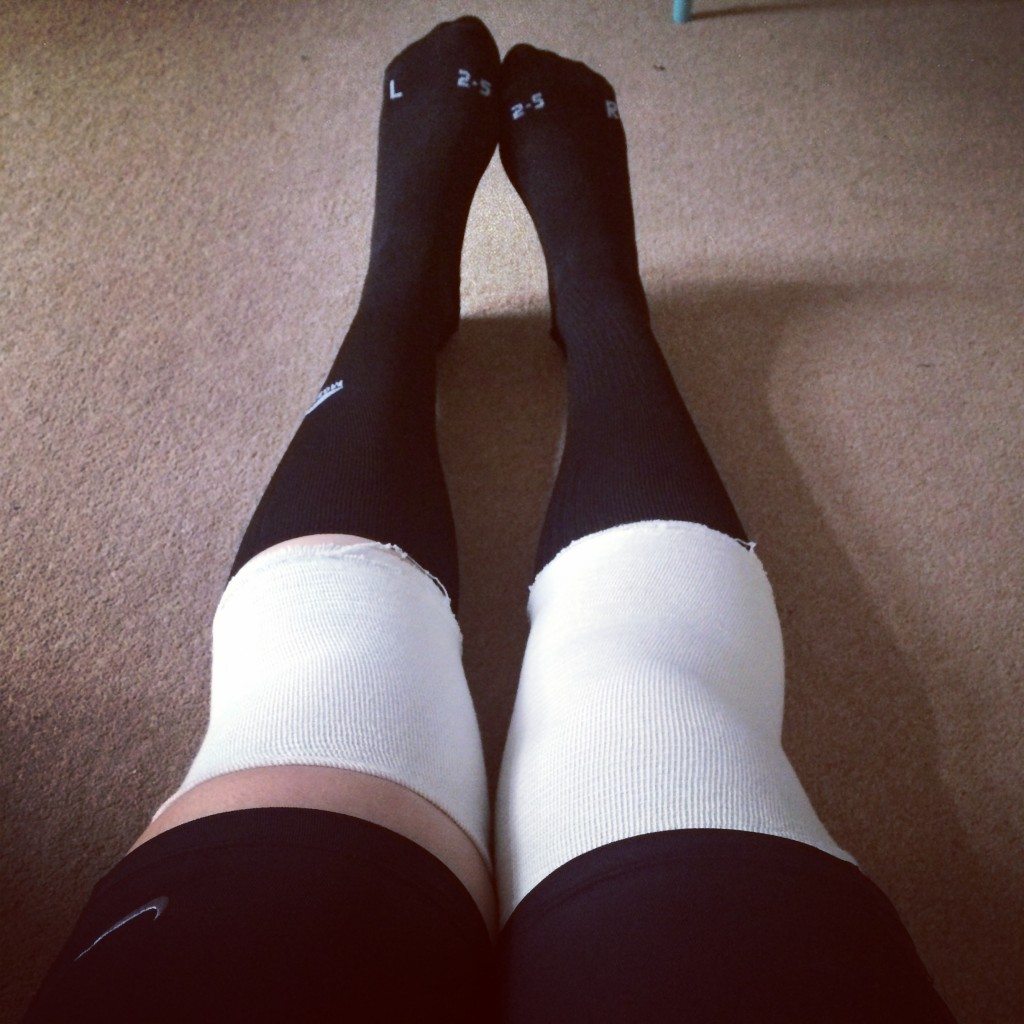 Also, I think our routine of doing a quick stop every 4 miles for some refuelling and a drink helps too. We will most likely just walk and not stop on race day, but mentally it helps knowing that I have something to look forward to every 4th mile.

Overall I am happy with my effort for week 12 of training, hopefully I wont have ended up with a bad case of runner’s knee and can continue training as normal – would hate to get an injury this close to the race!