Last week I had the privilege to travel to Budapest for a few days after having been invited to play a party called Soul Cure presented by BudaBeats. I wasn’t sure what to expect from the trip, but Budapest is one of my all time favourite places so I knew it wouldn’t disappoint.

We arrived Wednesday evening and to my surprise, the place I had booked (a studio apartment that is cheap as chips!) was in a much better location than I ever could have hoped for!  I stayed there with Jazzman Gerald a few years ago, but due to our flying visit, I never really got the chance to check out the area. 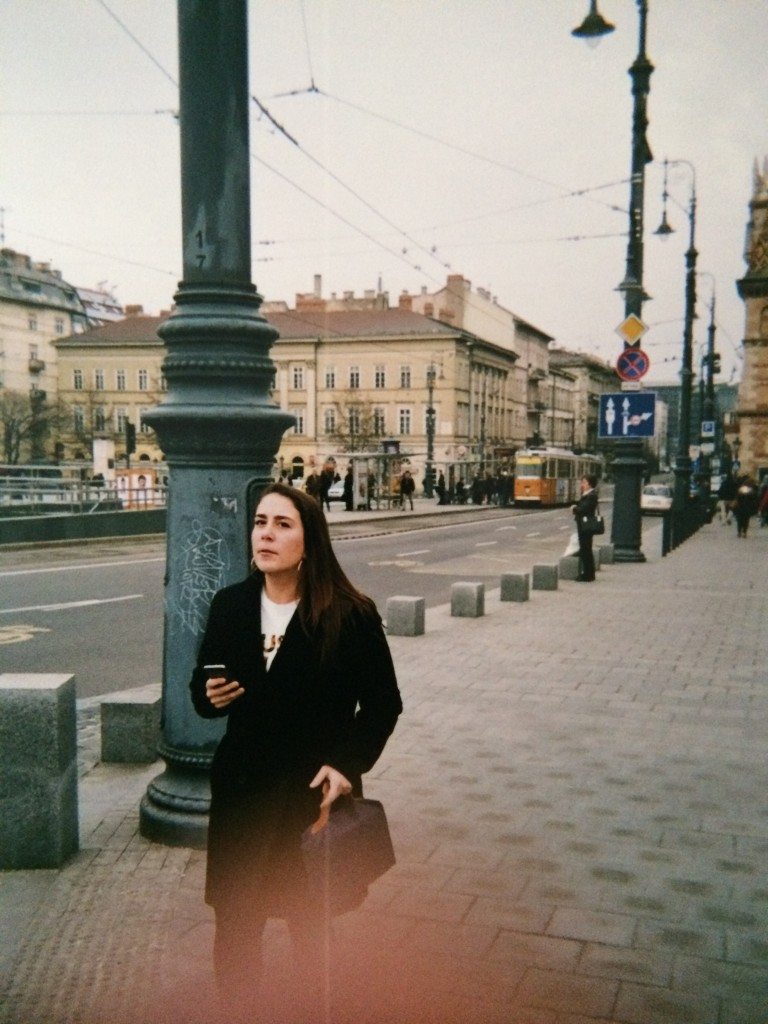 Thursday started out with a proper lie in, followed by a quick walk around the city. I had been invited to play for an hour on the Mana Mana radio show on Tilos radio, but that wasn’t until the afternoon so we went to get some late lunch beforehand. 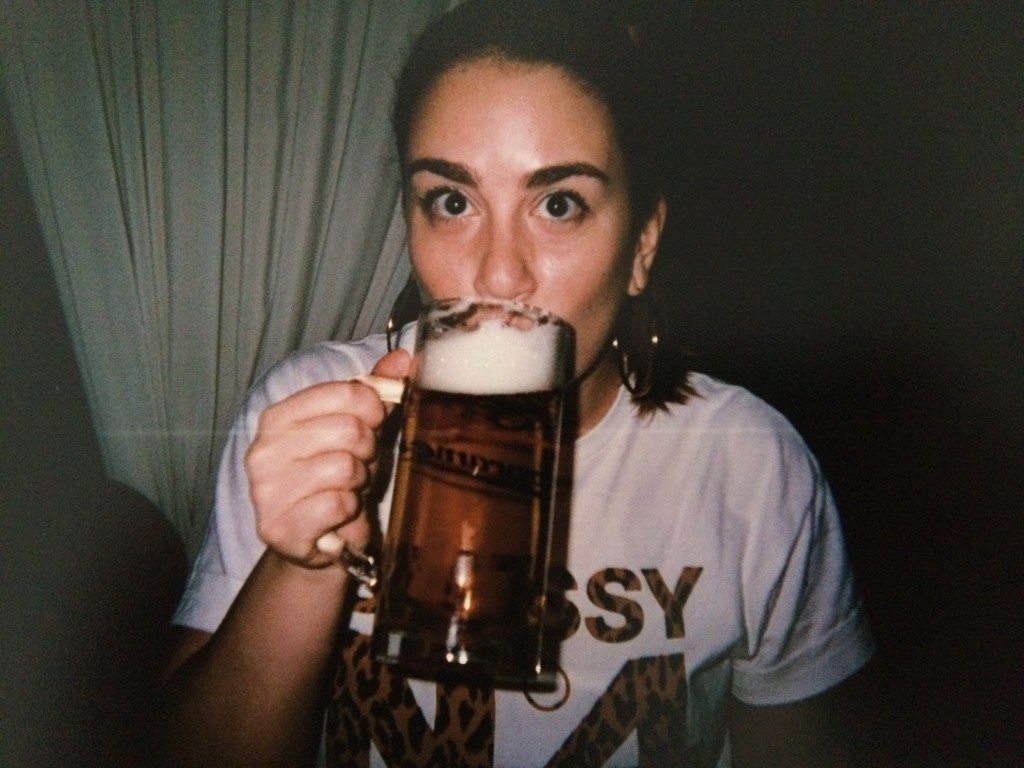 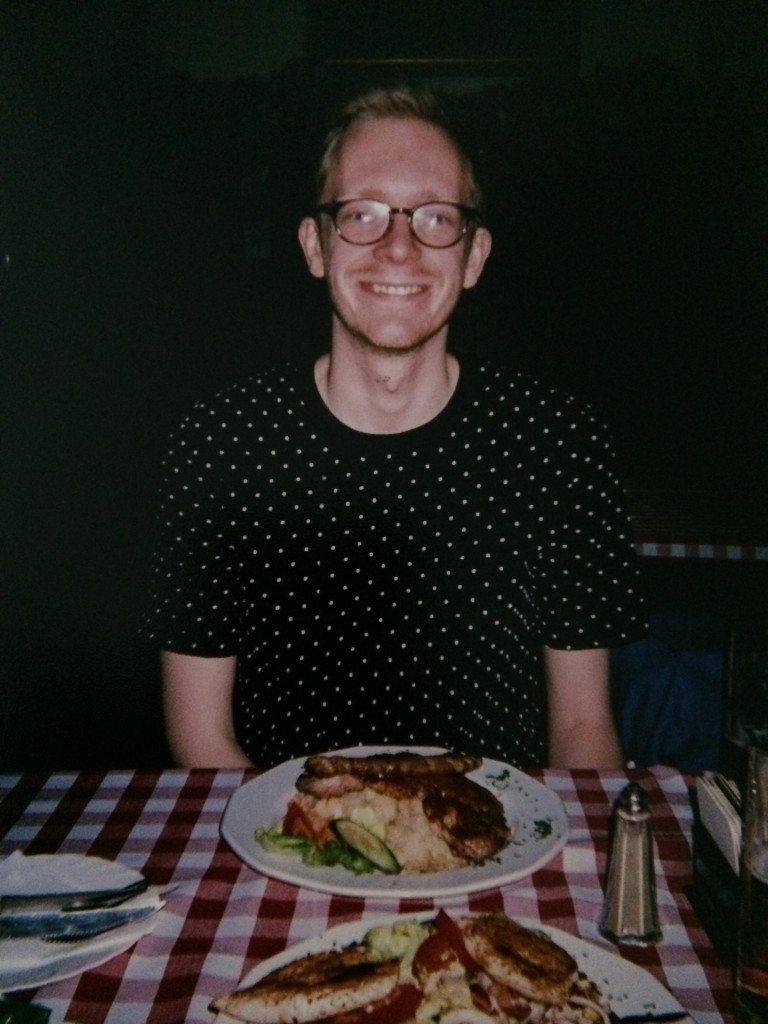 There is a small, old school pub that my dad used to take us to every time we visited Budapest when I was a child. It’s just by Kálvin tér and I have been going back there every trip I’ve done to Budapest on my own. The food is lovely, cooked in a proper Hungarian fashion, with generous portion sizes, quick service and decent prices. Naturally we ended up going there for lunch (more than once).

We met up with the guys at Tilos around 3pm and despite nobody being in the studio, I could feel my nerves going a bit crazy already. I was given a super warm welcome (literally – I was so warm!) and it meant so much to me to be able to play on such an iconic Hungarian station. 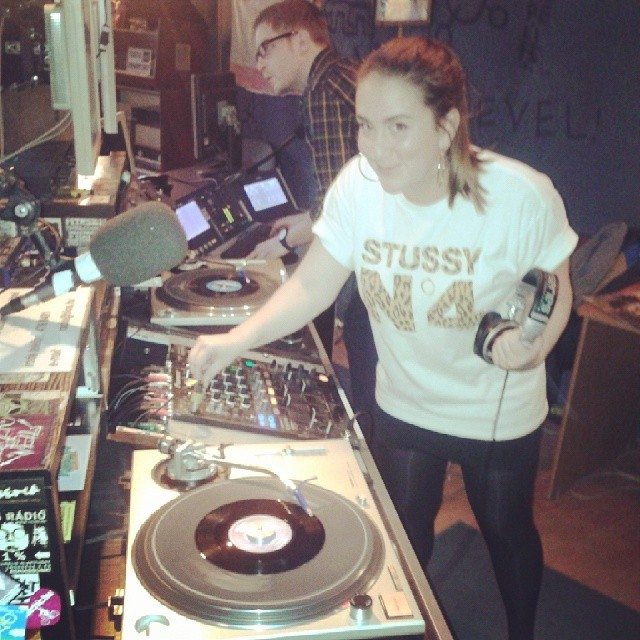 Before my set I had to say a few words about the party on Friday night, but I was quite relieved to find out it wasn’t really a talking show in general because I don’t think my nerves could have handles it! The plan was to go for a few drinks after the show and then heading out to explore Budapest by night, but things just didn’t quite go as planned… 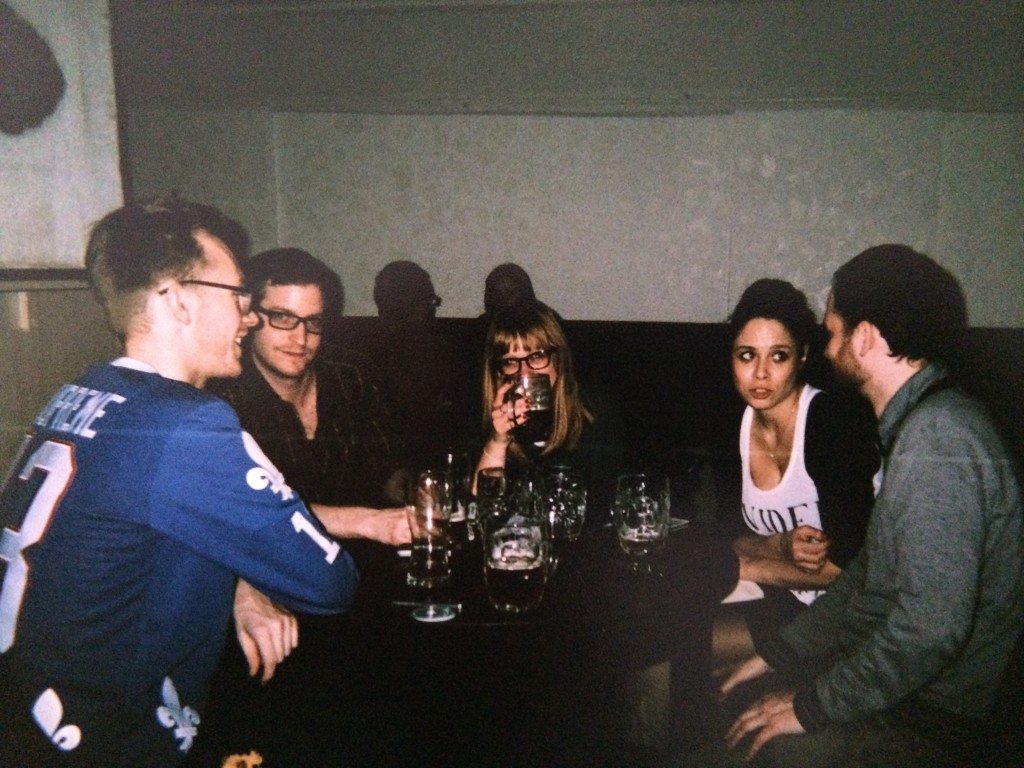 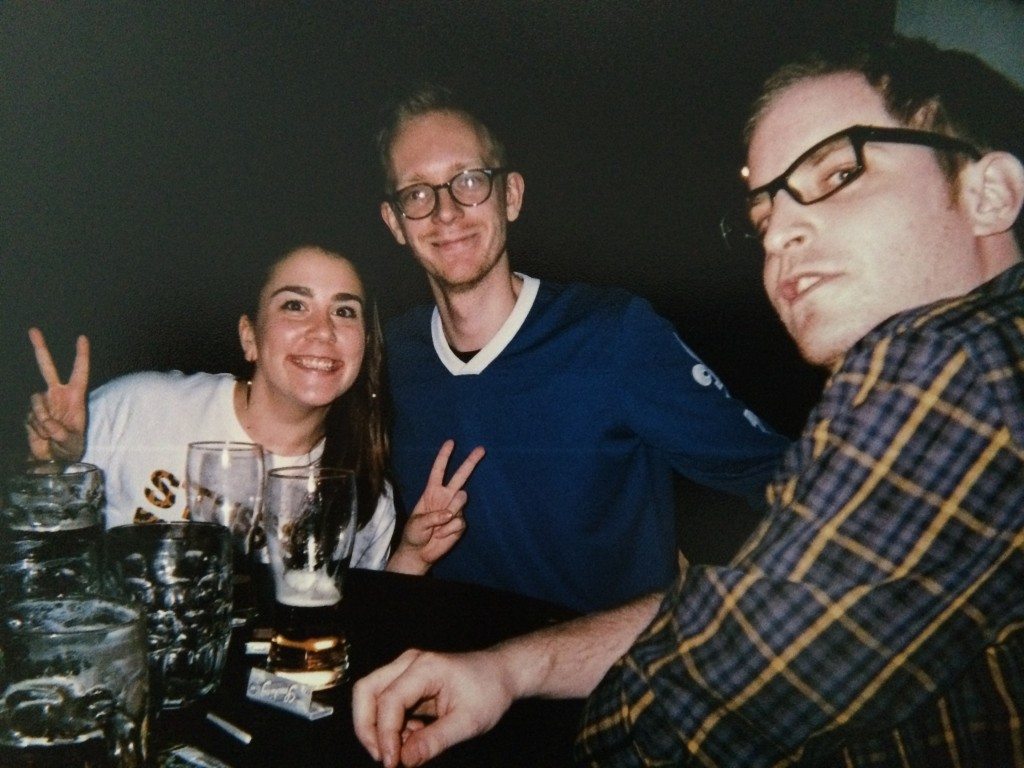 We ended up going to this really cool place called Élesztö that sold amazing craft beers. I usually try to stay away from beer as it isn’t the best for my stomach, but these were so nice I just couldn’t resist. 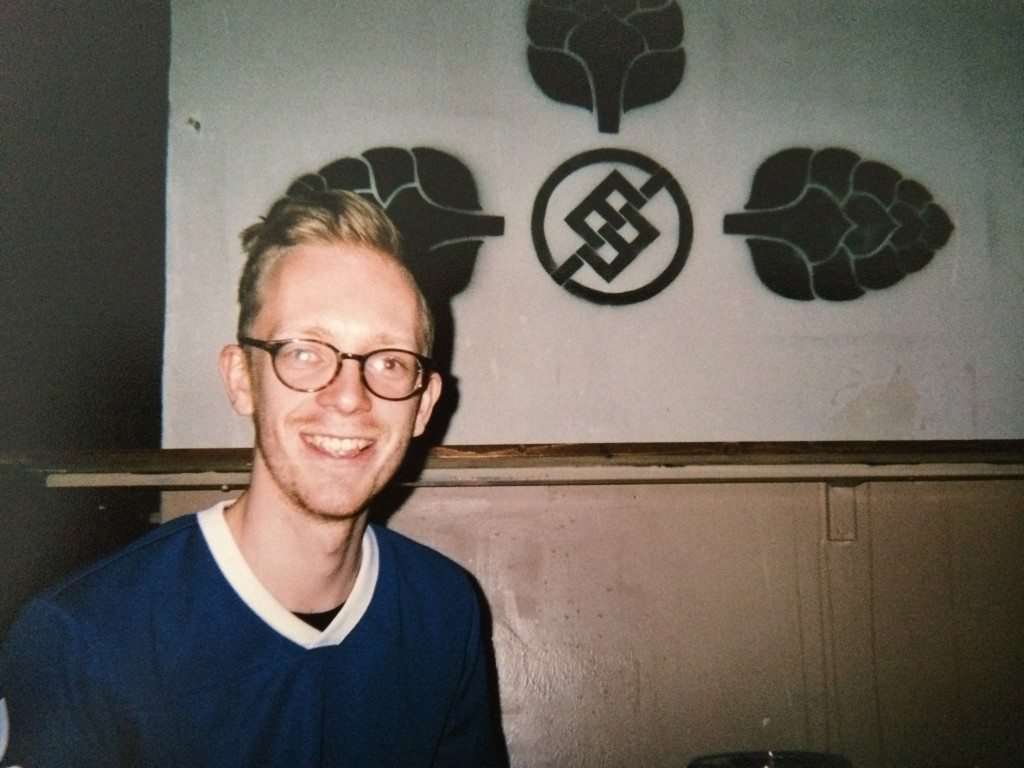 To my surprise, the show I did on Tilos gained a bit of attention, and through my hosts I was contacted by an other radio station to do an interview with them. The founder of one of Hungary’s most popular street wear brands, BP clothing, also got in touch, asking me to drop by their showroom the following day to pick out some pieces from their collection. Clearly, all this positive attention had to be celebrated with more beer and shots of palinka (bad idea!). 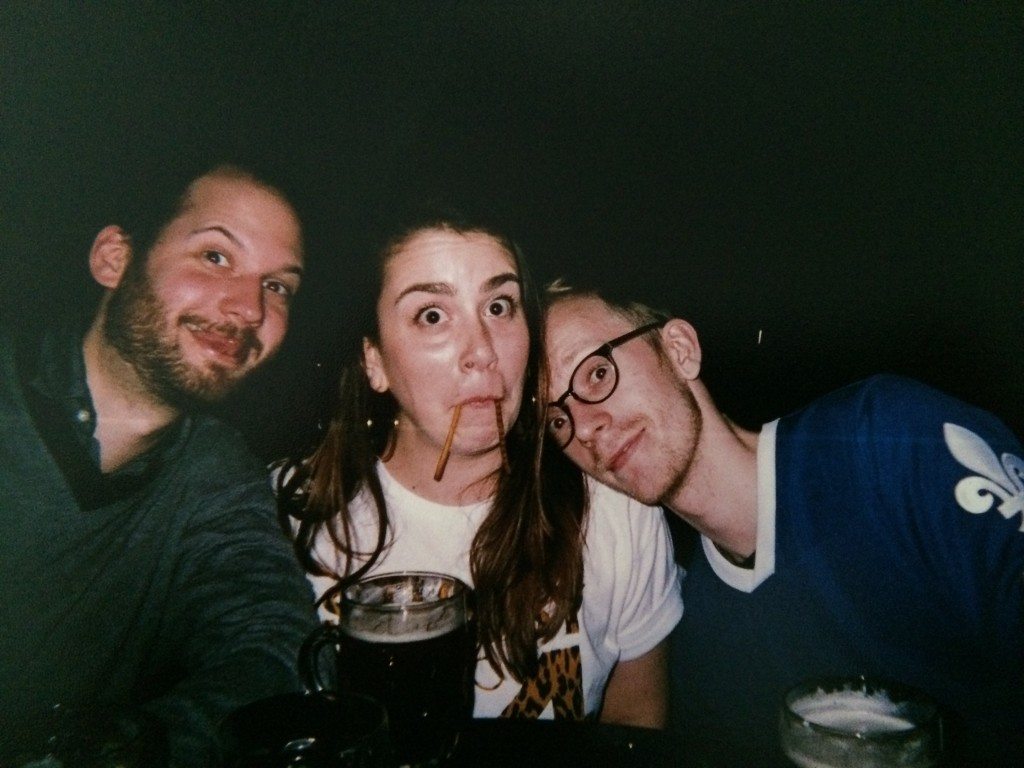 So we drank and we drank and we drank – and I couldn’t eat anything at the bar because I was allergic to their entire menu. Of course this made me even more drunk and all I can say is that my man is a trooper and I can’t thank him enough for not slapping me across the face when I was acting like a proper dickhead drunk on our way home. 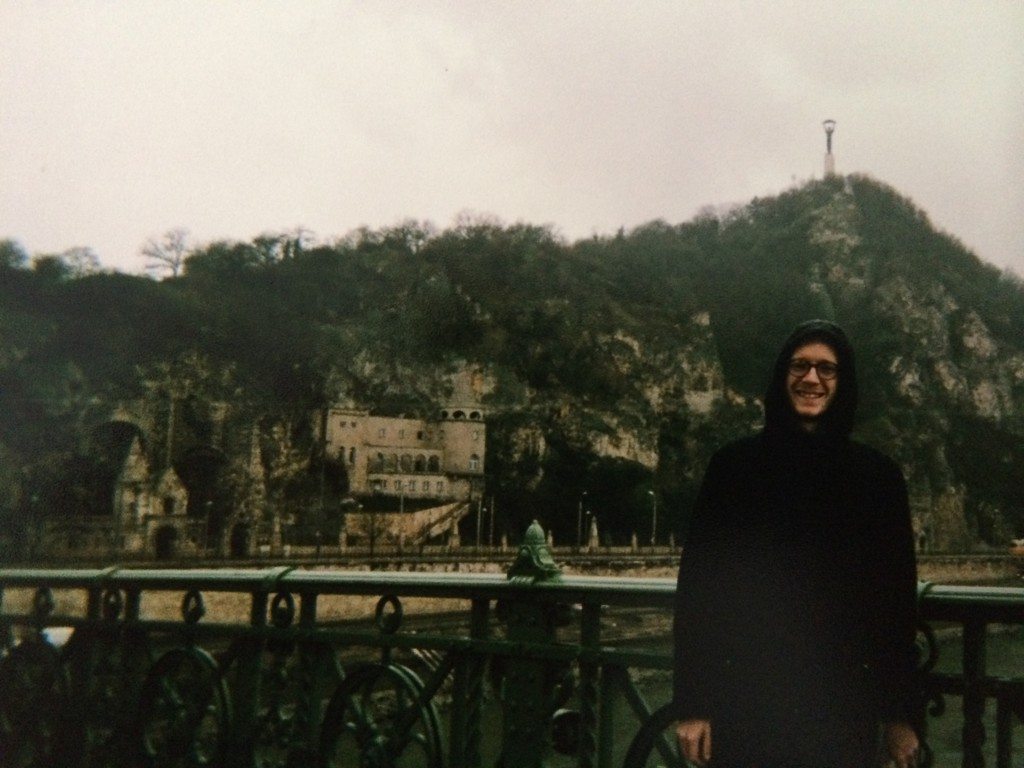 The Friday weather pretty much reflected the way I felt – basically pouring down with rain all day. We decided to go to the Gellért bath to nurture and recover from our hangovers – mine was probably the worst one I have had in living memory – and I was so out of it that I even forgot my phone at the apartment which meant I missed my radio interview and couldn’t communicate with anybody.

The baths really helped soothing my aching limbs and head, and we left them feeling refresh but super tired. We walked back to the apartment to leave our wet stuff and to look up where the BP showroom was. Due to the bad weather we decided to take the metro there, and it was a perfect opportunity to have a quick look at Hösök tere. 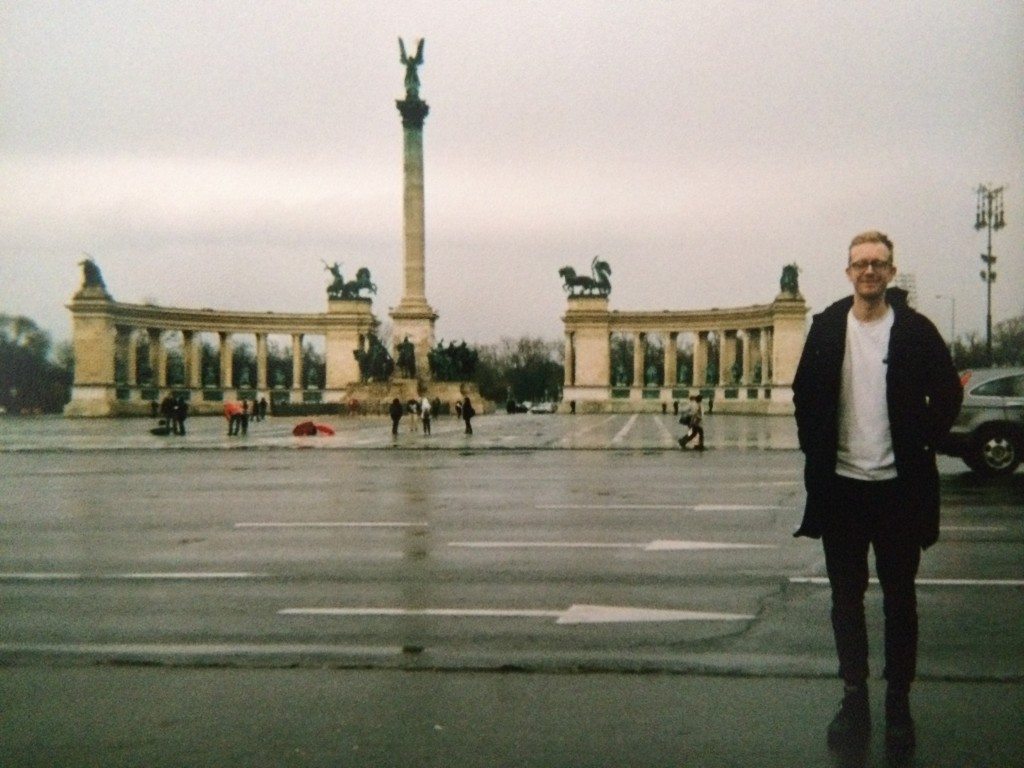 Because everybody had called the place BP shop the previous night, we were expecting to be going to a place that looked like a shop, not a showroom. However, the address we were given took us to a huge private mansion with a closed gate and security guard. We looked like drowned hungover rats, and we didn’t even know the name of the guy we were meant to be seeing. As by a miracle, they still let us in, and we had no idea what to expect! 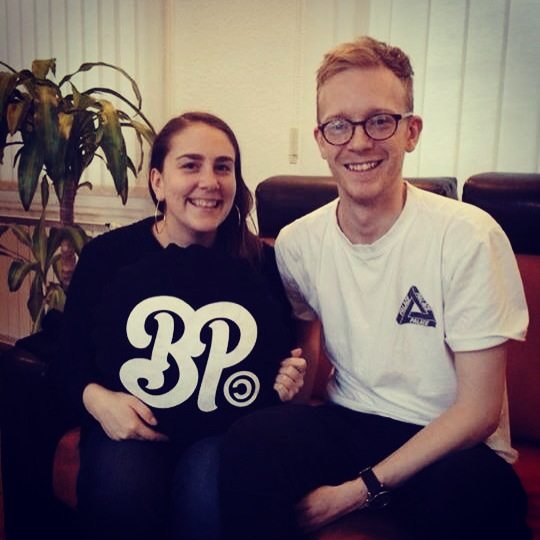 We were greeted by some of the coolest looking people I have seen in Budapest and I literally felt like a tramp stepping into Buckingham Palace! Thankfully, they didn’t judge us at all (at least not to our faces haha!) and instead we got a bit of background history to the brand, what they do and I got to select some free stuff (yay!) that ended up being a BP Crew tshirt, a BP x Wu-tang collab tshirt, and a BP cap. 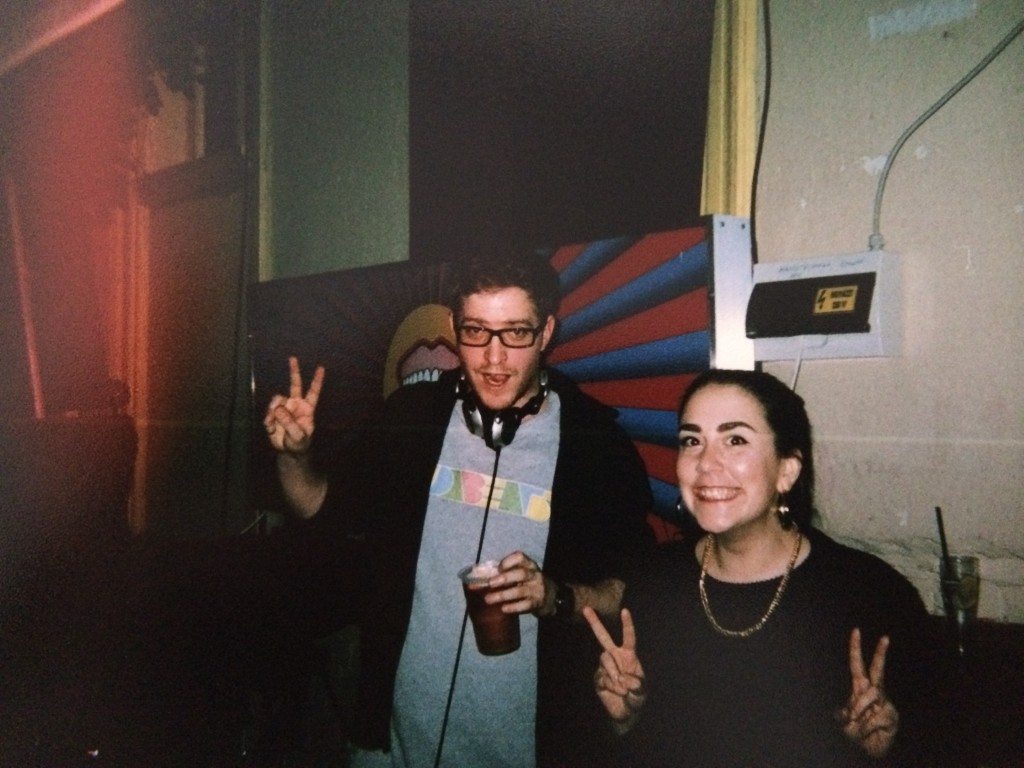 After that we went back to the apartment to get ready and take my records, then we met up with the guys so I could do a quick film interview (yeah I know. pretty crazy), we went to grab some dinner then headed over to Fogasház which was the venue for the event. 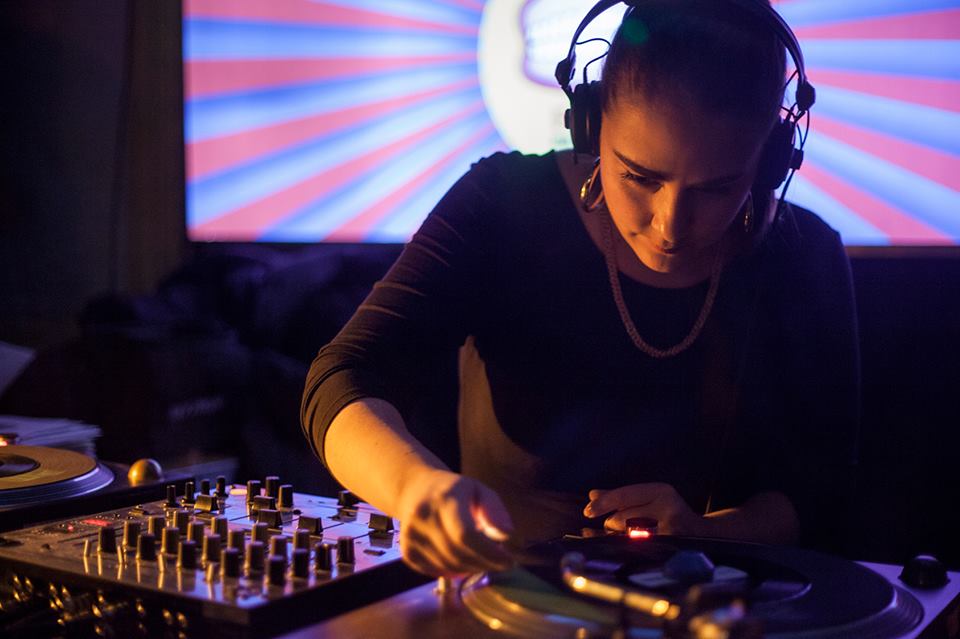 Luckily enough I hadn’t massively offended the guy from the other radio station by failing to meet up with him during the day, so he came earlier to the event and we did a 30 minute interview. I was massively impressed with how much he knew about me and I was pleasantly surprised by some of the questions he asked me. 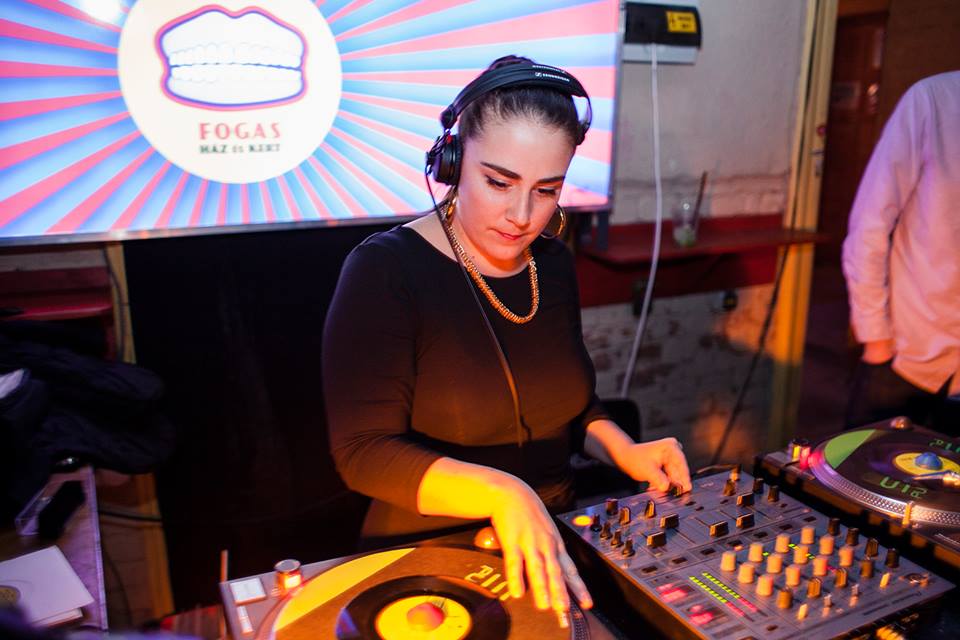 The closer I got to my set time, the more nervous I was starting to get. A lot of people were coming up to me asking me when I was playing, and one woman even came over to tell me that it was her best friends 30th birthday and that she had picked to come and see me amongst all the other events going on that night (yeah, so no pressure then…!! PS! If you’re reading this, I hope you had fun!) 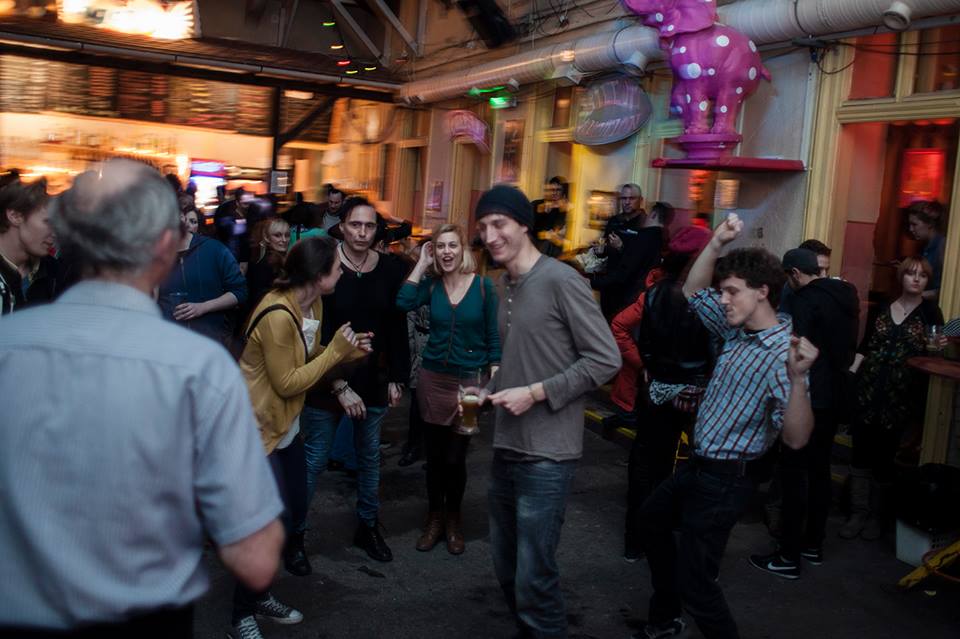 I started playing around 12:30am and people didn’t seem to hate what I was playing which was a relief. As the night went on, more and more people showed up, and more and more were dancing which made me so so happy! 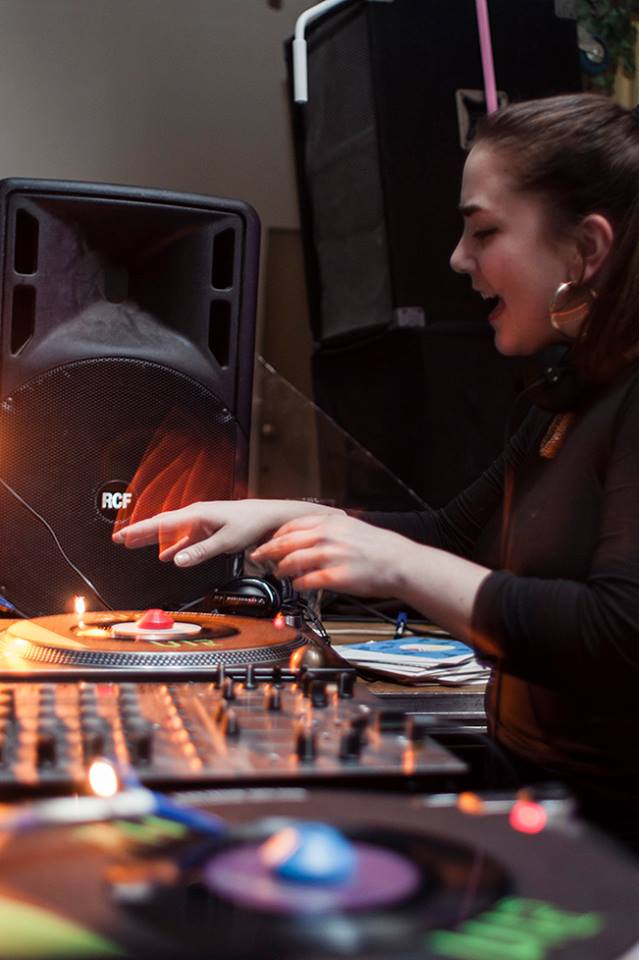 They kept coming up giving me compliments and showing me the thumbs up and I managed to entertain a full dancefloor for 3 hours which is a pretty big deal for me! I mean, come on – it’s just me, not Gilles or anybody famous. It felt amazing. 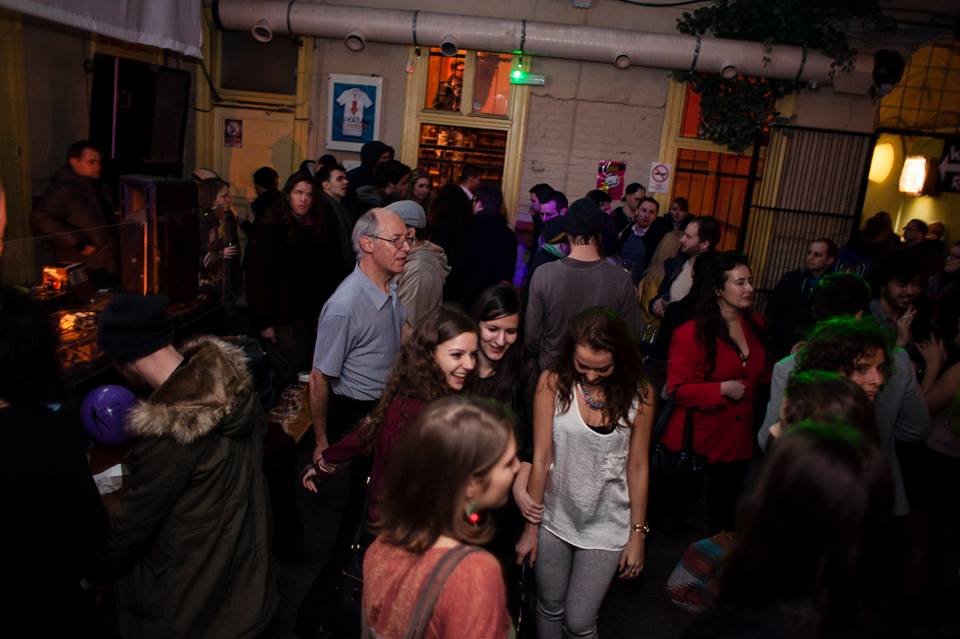 After 3 hours I had to bring it to an end because I only had half decent records left and I didn’t want to ruin a good night by finishing off my set with some half decent stuff.
THANK YOU SO MUCH TO ALL OF YOU THAT CAME OUT AND DANCED!
It meant the world to me to be able to play the music I love and feel passionate about in a place like Budapest. 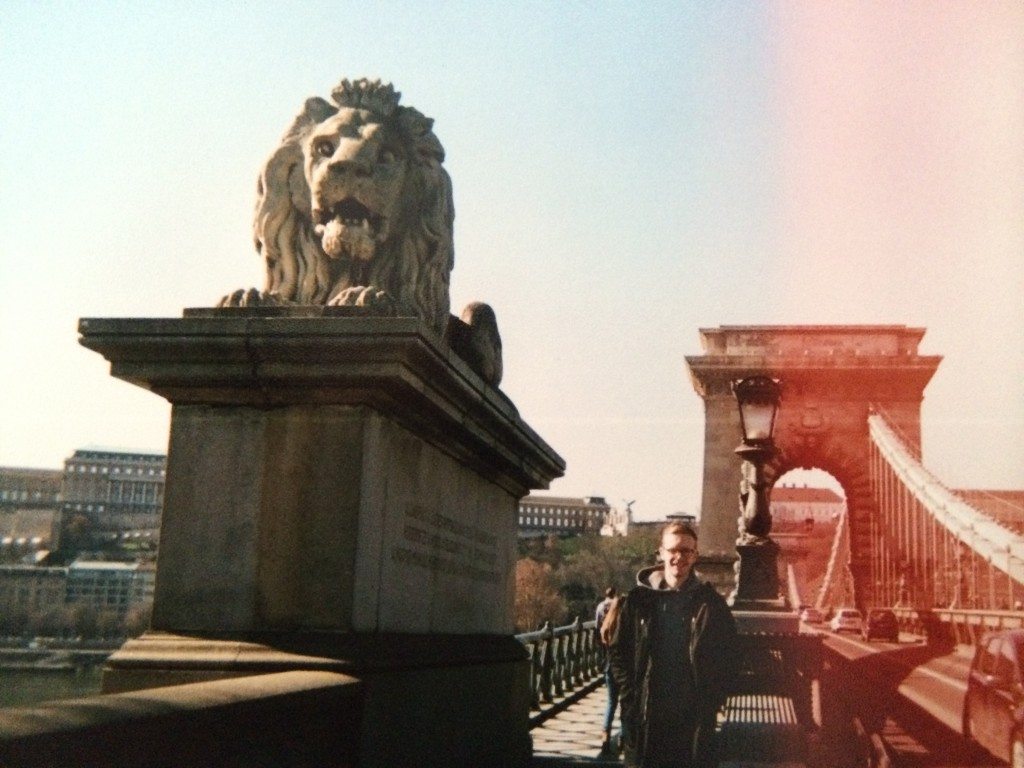 We went to bed around 4:45am and had to check out by 11am. The weather was amazing and despite being super tired, we decided to have a wonder in the sunshine and catch some last minute tourist attractions.

We walked over to Buda and climbed up the mini mountain to get up to the castle and to see the fantastic view over the city. 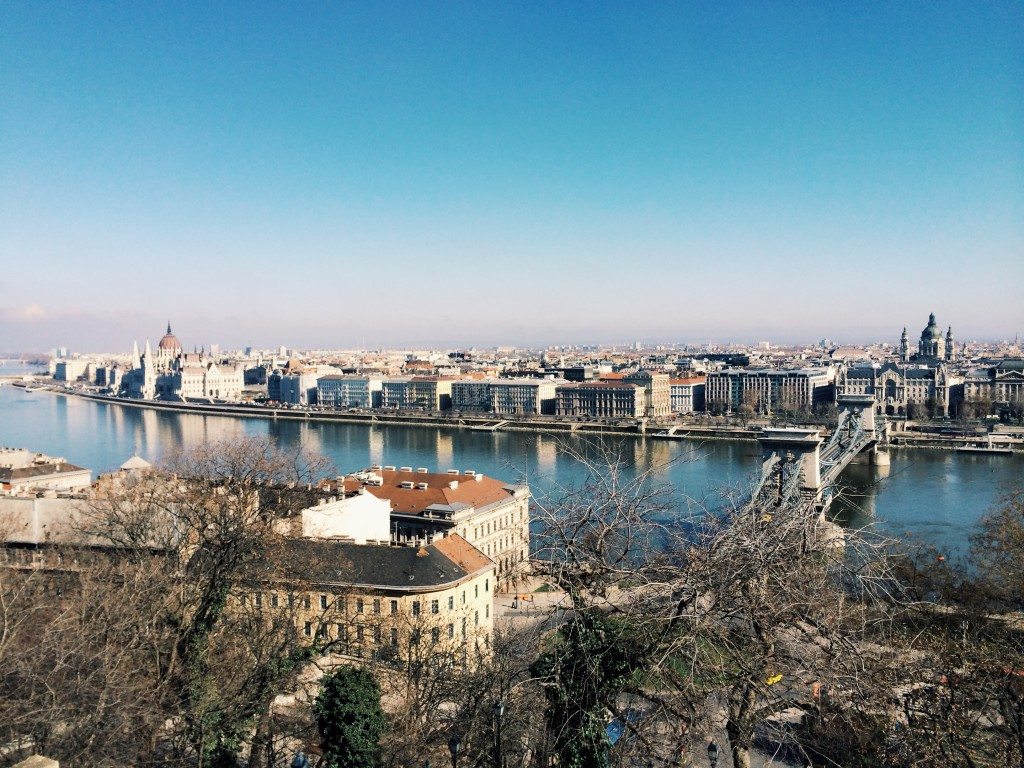 Once we got down we were super hungry so we decided to try out one of the oldest patisserie’s in Budapest. Hungary is pretty famous for their cakes and pastries, so I couldn’t really think of a more perfect way to finish off our short trip. 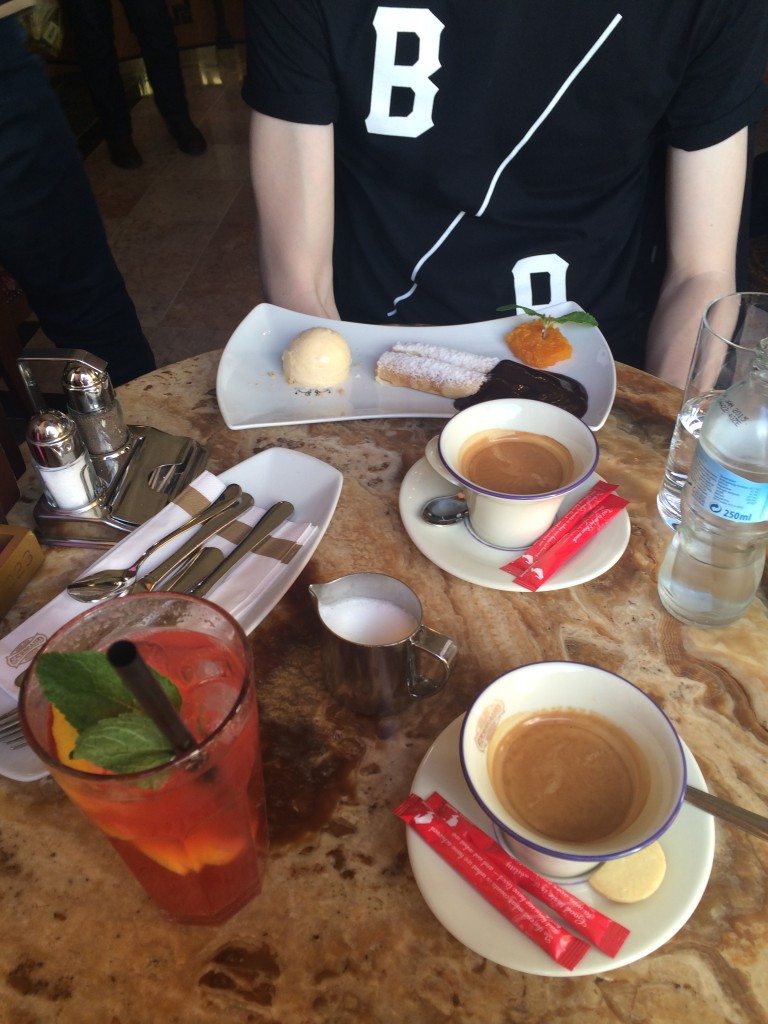 After that we had about 1½ hour to kill, so we wandered up to one of the BP shops to see if they had anything else nice in stock. I loved the tees they gave me but they didn’t fit 100% so I wanted to see what else I could find. I ended up buying a super comfy BP hoodie and a totebag. Luckily their card machine wasn’t working, or I would have walked out with this super nice varsity jacket as well! 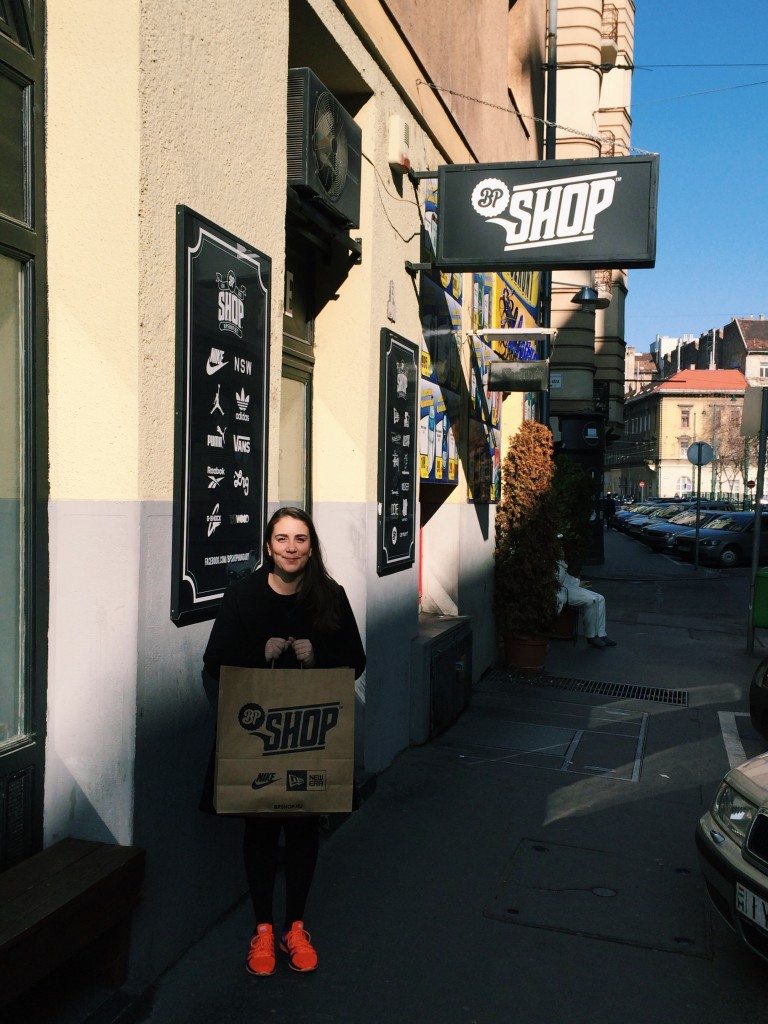 All in all it was a fantastic trip and it was such an honour and privilege to be able to go and DJ in a city that means so much to me.

Many thanks to all of you who came out to the event and who made this trip happen.

Special thanks to DJ Gandharva & DJ Yodi who invited me over, Budabeats and Fogasház for having me, Tilos Radio & Mana Mana for letting me play, Bence & the BP clothing crew for making me feel like a fucking rockstar, Vera & Karolina for being lovely, Géza & Zsofi for being super friendly, and all the rest of you who made it an event I will always remember.

As soon as I get sent the 1 hour set I did on the radio show I will share it, so stay tuned!

2 thoughts on “DJ trip to Budapest”