Right! So I know I have been going on about this life changing project and adventure that I’ve signed up for without really telling you what it’s all about.

Well – today is the day that I am FINALLY allowed to tell you!!

I AM RUNNING THE BERLIN HALF MARATHON IN APRIL 2012!

Yes that statement deserved BIG letters and it deserves a repetition…

I am running the goddamn Berlin half marathon in April 2012 aaaaaaand I am doing it with these amazing ladies: 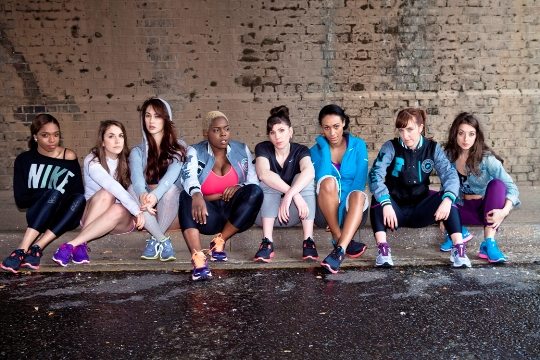 MEET TEAM BANGS ON THE RUN #3

You might think that I’ve lost my mind by signing up for this and I think that’s a very valid opinion to have. Even I question my decision to do this from time to time.

So why on earth would I agree on doing this then?
For many reasons to be honest but the main two are…

First of all, I think my hate for running is a small glitch in my system, because I think it’s an exercise form that would really suite me. I just don’t know how to run and I can’t motivate myself to do it. That’s where my lovely team of fabulous girls come in to the picture. We are here to motivate and support each other, as well as having some fun. 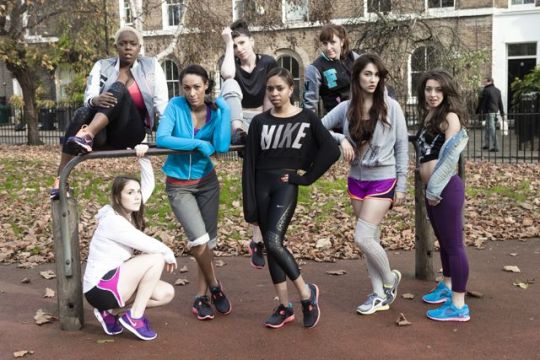 Secondly, I know that I will need a lot of determination and motivation, I will need to stay focused, be able to follow a very strict training schedule and so on. My mind will probably try every trick in the book to fool me into thinking that I can’t do it and that my body can’t handle it and I will have to be able to turn it all off and just run. These are all skills and mindsets that can be applied to different areas of my life – so my thinking is:

If I can do this, I can do ANYTHING!

So you can expect a lot of running tweets & blog posts from me from now on… But hopefully you are all just  as excited as me!! I know some people will laugh at this and think I can’t do it (like my boss or my mum…shame on you!) but I am determined to prove all nay-sayers wrong.

I’m on my lunch break so decided to have a massive rant about an issue that will either drive me mad or give me a  stomach ulcer: People on public transport in London!

I spend an average of 2½ hours commuting in London every day. I can guarantee you that if I actually carried out all the horrible things I imagine doing to other people on the tube/bus I would most likely end up in prison or a mental institution.

I have been thinking about doing a nice PDF for people to be able to download and send to their friends and family when it comes to London public transport etiquette, but I don’t have the time to make one. So instead of that I will now share a list with you that includes things that results in me hating mankind a little bit more every day:

I could go on forever… but I have to get back to work. I feel much better though now that all that is out of my system.

I am back from one of the most interesting & shortest trips I’ve had in a very long time.

I’m not a massive digger myself, not because I don’t want to be, but whenever I get around to do it, I either feel very stupid in the shop or I never seem to find what Im after. I don’t really know the little tricks when it comes to what to look for when digging for records beyond artist/musician names & labels. So I feel very blessed to have gotten this great opportunity to go on a real digging trip with Jazzman because he shared some of his own tips & tricks.

We started the trip not knowing where this place would be. We had an address and Jazzman had sent an email to the guy notifying him we were coming, but that was about it. So we didn’t know what to expect AT ALL.

We ended up taking a tram to the very outskirts of Budapest to a place that looked like a small village out in nowhere. Since I am too tight to use my 3G network abroad, I had saved google maps description for how to walk to the place from the tram stop. So we literally climbed a small mountain, I had to improvise with the directions because they were leading us in a circle, but I managed to get on the right path and after 20 minutes we reached our destination that looked like this:

Jazzman got slightly worried when he realised that this might not be a shop or a warehouse at all and that we probably were heading to somebody’s house. And he was right. All we knew was that the man was called Attila, so we when we reached the closed gate to the house, we picked a random doorbell and pressed it. An old Hungarian man walked out and I politely said that we were visitors from London who were looking for Attila. The old man said we had pressed the wrong bell but that he would get him, so he started shouting his name and knocking on all the windows on the house. After a few minutes Attila appeared, so I did the same polite explanation and he let us in.

We walked through the doors and in the front room he had prepared boxes of Jazz records for us to go through. All Jazzman was saying was
“Oh my god – I can’t believe we’re in this blokes house!!”.

His wife and his wife’s mother were there too and they all greeted us and offered to make us some tea and coffee. Of course, Jazzman didn’t really care about any of that, all he wanted was to get started with the digging, so Attila went through the boxes he had prepared and Jazzman took out his portable vinyl player so we could listen to the records. As soon as Attila saw the player, his face went pale and he started to swear in Hungarian. I asked what was up and he explained to me that he had had a French DJ visiting a few weeks ago who also had a similar device, and he had scratched/destroyed 4 very expensive records, so he didn’t want us to do the same. I tried to explain to him in a very diplomatic fashion that Jazzman was a professional – that he had been doing this for longer than I had been alive and that Attila was more than welcome to stand next to Jazzman to ensure he wasn’t doing anything that Attila didn’t approve of. I also assured him that we would pay for any records we might damage in the process. First he wasn’t sure, but I smiled and insisted and in the end he said it was fine. So the real adventure began!

We came up with a system where Jazzman selected & took out the records, and I very carefully put them pack in their sleeves. I was plugged in with my headphones to the player as well, so once we had selected the stuff that looked interesting, we sat down to decide what was good and what was shit.

I ended up talking a lot to Attila’s wife Kata and her mother. Kata makes hand-made jewellery and she had recently started making hand-made clutches out of very fine Japanese silk. They were very busy because she was meant to go to Milan for a big Christmas fair, so they were busy making the final touches to all the clutches in the other room. They asked me if Jazzman was my husband and if it was me who decided what records to buy, I laughed and said no to both. They asked me a lot of questions about how it was living in London & “the west” – I told them that it was hard and that I had been very lucky but they didn’t seem too convinced. As the day went on they brought out snacks for us to much on whilst we were continuing our quest to find some decent records.

It took us about 6½ hours to go through all the records in the front room plus a big box of 45s when Attila said that he had some more in the back but that they were in a specific order so Jazzman would have to go in there and listen if he was interested. Safe to say he was, so he headed in whilst I decided to stay with Kata & her mother because it was a bit too narrow in the other room for us both to try to dig & listen.

As darkness fell outside they made us some pogácsa to munch on & offered us some Hungarian beer. Jazzman declined because he didn’t want the alcohol to affect his judgement of the music. I, of course, decided to go for it. As a Hungarian myself I know that the worst thing you can do is to decline food & drink in a Hungarian home, especially alcoholic drinks. So whilst Jazzman continued to dig, we talked about my life in London, how much I earn, what I do, Jazzman’s history, what he does etc.

After about 8 hours of digging, our stomachs were very hungry (despite the snacks & beer!). It was cold & dark outside, so we decided to head back into town to have some food and a pint. I ended up buying 4 records and Jazzman walked away with about 20 (he said he’d be happy if he found 3, so I think it was a rather successful digging session!). Lots of Polish, Russian, Czechoslovakian, Bulgarian and not so many Hungarian records, or at least not as many as we thought we would find. But still – lots of fun and overall an amazing trip.

Damn, I really am a very lucky girl!