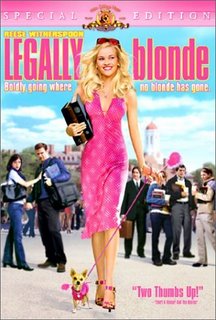 Last night was exactly what I needed! I met up with Cata and had dinner at a greek place. Then we went back to her place to whatch Legally Blonde, smoke some nice Mandarin Tobacco with her waterpipe and drink a little Martini Asti. After the movie we went out to Leicester square and danced the night away. Yes, yesterday was really needed.

Okey, so what to write? Im very very busy at the moment. Have loads of uni work to do. My friends from Holland was here last week, thats why I didnt really update the site. He had a good time, We had a good time. Much partying, less sleep… So yeah, from now on Im being a good girl. No more going out, no more drinkng, no more falling for group pressure. When I get the pictures from Sebastian I will post them, until then you will just have to wait. What else? Well, Petter is moving here on wednesday, that’ll be nice. Havent heard from Omar for AGES, dont know where he has disappeared. Makes me sad, I really miss him. Juliette has finally moved in to her new apartment! Its not big but I still like it. Nothing more to say really… Life is moving on as it should, fast and wreckless. Love ya guys!

Okey, here’s the deal… I gave in, I admit it, Im a weak muthafucka who can’t stand the pressure and the idea of not being let in to my own university. So, I payed for my new ID card. £10 totally waisted. But If they think that they have won, well, then they are wrong. I might be a weak muthafucka, but im also a sneaky bitch, so when that police report will show up in my letter box, they can be damn sure that I will be first in line at the finance department, getting the refund I deserve. Cuz nobody messes with Orsi, that is a well known fact. I shall crush them if I have to… (0-1)

I was able to stay in my first marketing seminar group, even though they dont do changes after the third week, which means that I dont have to have the longest day ever on thursdays. It went nice and easy. (Thank you Michael!) (1-1)

And after that rude email from my economics tutor, I went to the Undergraduate Center, trying to sort out the overlapping classes on my timetable. Yes, I am aware of the fact that you dont make changes in the timetables after week 3, but its not my fault that the staff and administration at this university are so incredibly stupid that they put me in two classes at the same time. Im not wonderwoman, I cant be at two places at the same time! Besides, I have already paid £165 for my language course and the evening class I wanted to take was cancelled, so they made me take the one during the afternoon, which I had no control over. Are you telling me that you are so incompetent, that you cant see that I already have a class during those hours on your stupid computer screen? Do want me to buy you a couple of glasses so you can be able to see further than your nose? No, I didnt think so… You know what, my module leader said that it was ok if I attended my first seminar group, so if you cant sort this shit out, I will just do it myself. Thank you, have a nice day! (2-1)